Electronic Arts gave us a first look today at the next expansion pack for Battlefield 1, a Russian campaign dubbed In the Name of the Tsar. And it also showed off the next multiplayer map coming this summer for the World War I shooter game.

In Neville Nights, you fight in the muddy battlefields around Malmaison and Soupir, as French and German artillery prepare to pound each other over hotly contested ground. Only this time, you are fighting in the dark. The map is the first night combat map for Battlefield 1 multiplayer, and I got a hands-on session for an hour today at the EA Play event in Los Angeles. EA showed the first game play today at its event ahead of the Electronic Entertainment Expo (E3) game trade show.

Neville Nights is part of EA’s attempt to hang on to its players year-round, keeping them engaged with the World War I game that has been one of its biggest hits in the history of the Battlefield series. And by keeping them engaged, EA hopes to keep its dedicated fans away from rival games like Call of Duty, The Division, or even Overwatch (yes, even though that’s a team shooter, EA would love to keep Battlefield players from losing interest and giving Activision Blizzard their time and money).

Night fighting is much different. Darkness shrouds most of the battlefield, but plenty of points of light, including the moon, that betray the movement of enemies. Searchlights, ground fires, and artillery light up the skies.

The battlefield is a vast network of trenches with little rolling hills, stone buildings, and various choke points. I played with dozens of other players and was part of a squad in a 64-player session. Our squad leader set targets for one of the six objectives, and we all rushed over to attack the objective as soon as it was lit.

Teamwork paid off. We just kept running from one objective to another, taking over more territory than our enemies could. I got picked off, often without seeing who was targeting me. I learned to run in the trenches as far as I could, and climbed over the top only when I was near my destination.

I started playing first with an assault gun, shooting a bunch of bullets at far-away targets. But that didn’t work so well, and I found that snipers were taking me out a lot. In my first match, I didn’t get very many kills at all.

Then I switched to become a scout with a sniper rifle, and things got better. My squad commander did a good job of keeping us all together with constant updates to our objectives. And I got a little better at shooting targets that were farther away. Even as a sniper that didn’t move as much, I found I was a target. So I had to learn to crawl and peer over dirt mounds and stay in cover. The result was much better, and I got more kills.

The funny thing was that after the match was over, a guy came up to the woman who was sitting next to me. The cameras were on him, and he proposed to her by giving her a battle pack, which was a chest of cool stuff. 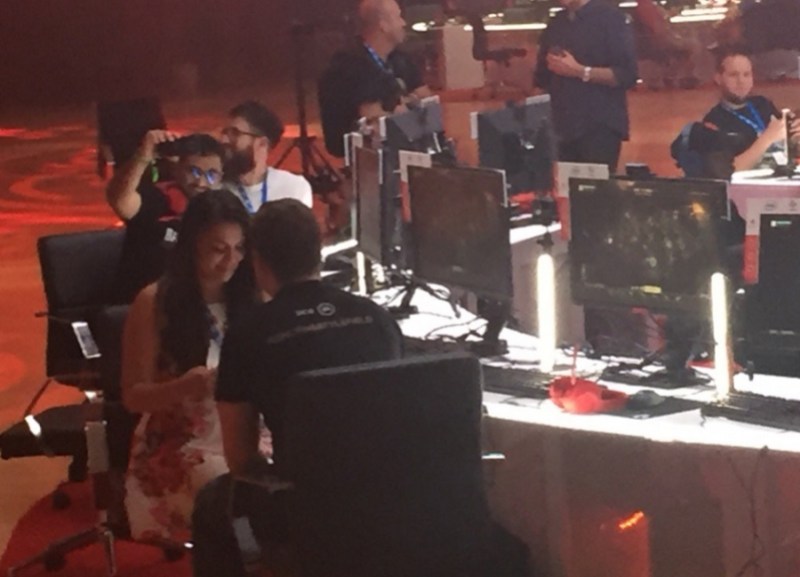 Above: A Battlefield 1 proposal.

In addition to this, Battlefield 1: In the Name of the Tsar will deliver 11 new weapons, six new maps, more Operations, more vehicles (such as the massive Ilya-Muromets Heavy Bomber), a new Supply Drop game mode, new persistence and ways to customize your play style, and more.

EA made the announcement at its EA Play event at the Hollywood Palladium. EA’s event is the first ahead of the Tuesday opening of the Electronic Entertainment Expo (E3) gaming trade show.