I’ve never seen a game like Jason Roberts’ Gorogoa, and that’s a good thing. It is an indie title where you play with illustrated art panels, like the frames of a comic book. You are looking for a magical creature, and you solve pieces of the puzzle by fitting two different but related panels together.

It’s a like a paper origami figure that you unfold in a 3D space. You navigate the storybook illustrations as though they are 3D spaces.

The game is being shown at the Electronic Entertainment Expo (E3) event, and it was designed, developed, and illustrated by Jason Roberts, whose studio is called Buried Signal. It will be published by Annapurna Interactive.

It has taken a long time to develop, partly because Roberts drew all of the illustrations himself. And he made it so that the camera would zoom in on something when you click on it. 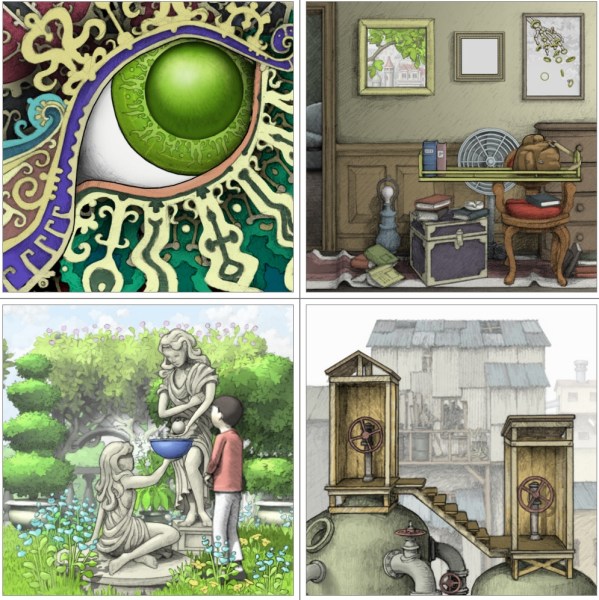 Above: Gorogoa is being published by Annapurna Interactive.

“I wanted them to feel magical like 3D spaces,” he said in an interview with GamesBeat. “You can see a tower in the distance and you can click on it. You fly through space to reach that tower. There are no physical constraints on the space in the panel, and I wanted the player to feel that.”

Roberts has worked on the game for more than five years, since he created thousands of illustrations for it. He wanted it to be engaging, but not intimidating. Sometimes you can zoom into a picture, and zoom into another part of it. It can be overwhelming when you want to find your way back out.

“It is a game made of illustrated panels, where you see multiple panels on the screen at once,” Roberts said. “Each panel is a window into a different part of a story. You can interact with each panel as if it were its own first-person adventure game. You can move around in space within each panel. You solve puzzles by fitting two different panels together. They fit together to form a continuous scene.” 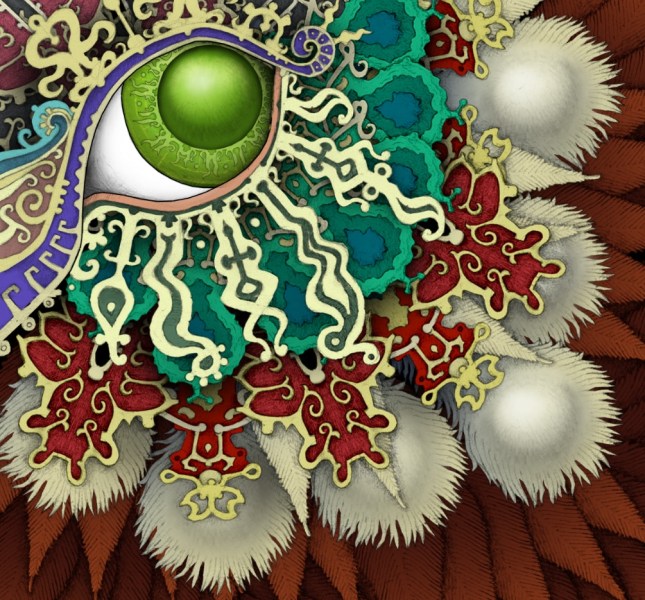 Above: Gorogoa is the first game by Jason Roberts.

Sometimes you find a panel with a hole in it, and you stack it on top of another one. In the story, the main character is a little boy. He sees a magical creature, and he tries to track it down. He spends his life trying to find the creature and solve the mystery.

“I made the game because I wanted to draw a lot of pictures,” Roberts said. “The game deals with issues of faith and devotion and searching for something invisible in the world, and how that means something different from a child and an adult. For the child, it is a magical journey. For the adult, it is more complex.”

The game has about five chapters. It is the first game for Roberts, who is a software engineer. The game is coming out in 2017 on Steam and mobile devices.

It’s interesting that Annapurna, which recently published Giant Sparrow’s What Remains of Edith Finch, picked up the title. Annapurna Interactive is a division of Los Angeles movie production company Annapurna Pictures, which has created movies such as Her, Zero Dark Thirty, The Master, and Sausage Party. Megan Ellison is the CEO of Annapurna, and she’s the daughter of Oracle founder Larry Ellison.

“When I showed it to them, I had a build of the game that was playable,” he said. “I gave them the game, and that pulled them in.” 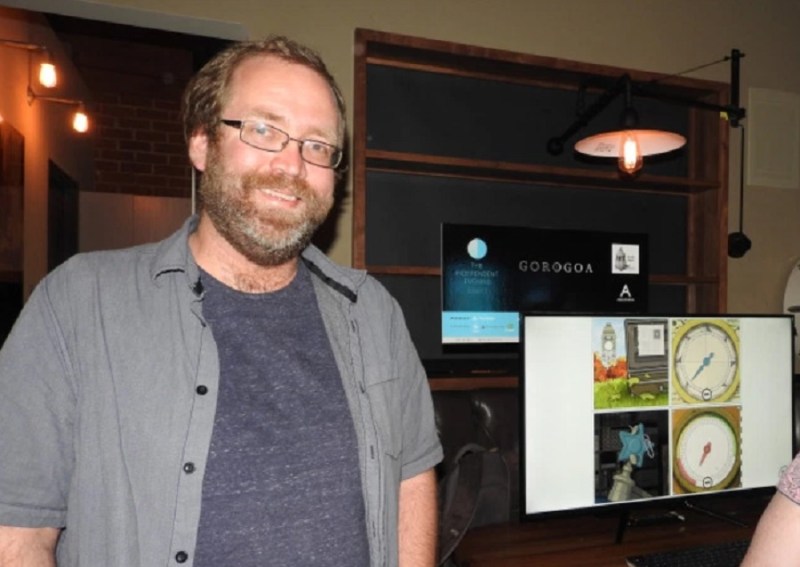 Above: Jason Roberts is the creator of Gorogoa.