Star Wars: Battlefront II is one of the most anticipated games of the year. And Electronic Arts figured out how to the shooter even more special by announcing at a Hollywood event today that it will give free content to fans, even after the game launches. EA demoed the first look at multiplayer on stage during the live event.

It’s all part of EA’s strategy shift to providing “live operations” for fans, rather than just launching a game at a single point in time and then moving on to the next one. The free drops (for those who buy the game first) include content with a mix of locations, characters, and rewards. The idea is to “allow players to continue their Star Wars: Battlefront II hero’s journey in a world that is constantly growing.” EA made the announcement at its EA Play event at the Hollywood Palladium. EA’s event is the first ahead of the Tuesday opening of the Electronic Entertainment Expo (E3) gaming trade show.

The first season’s inspiration is the upcoming Star Wars: The Last Jedi, which debuts in December. Fans who preorder any edition of Battlefront II can get early access to the multiplayer beta this fall and an “Epic Yoda Bonus.” 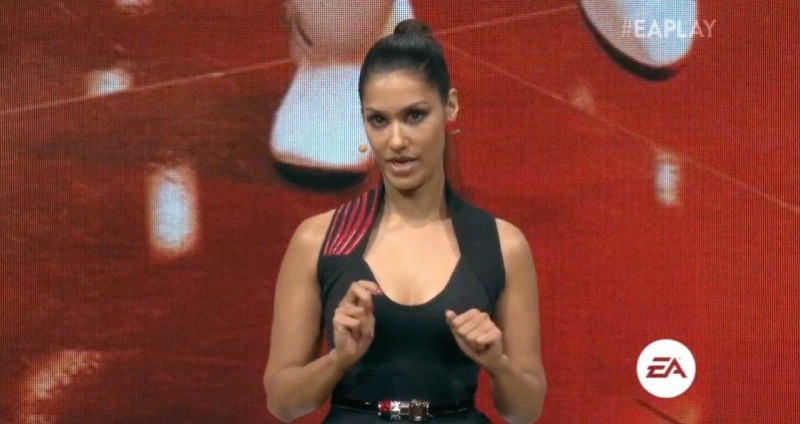 Above: Janina Gavankar, the star of Star Wars: Battlefront 2.

EA has several studios working the new Battlefront, including Motive, Criterion, and DICE (three of its most important design houses). That tells you how much EA is investing into the franchise.

“With Star Wars Battlefront II, we’ve really taken feedback from our players to heart, and you see that in the base game, which has so much more content than the first game – a new authentic single player campaign, epic multiplayer, starfighter battles, and solo or co-op PvE on console – a huge game across all eras of the Star Wars films,” said Matt Webster, the executive producer for Star Wars Battlefront II. “But just as important is how we support the game after launch. Our live service is built around the philosophy of keeping our fans playing together, with seasons that will add meaningful content and in game events on a regular basis.” 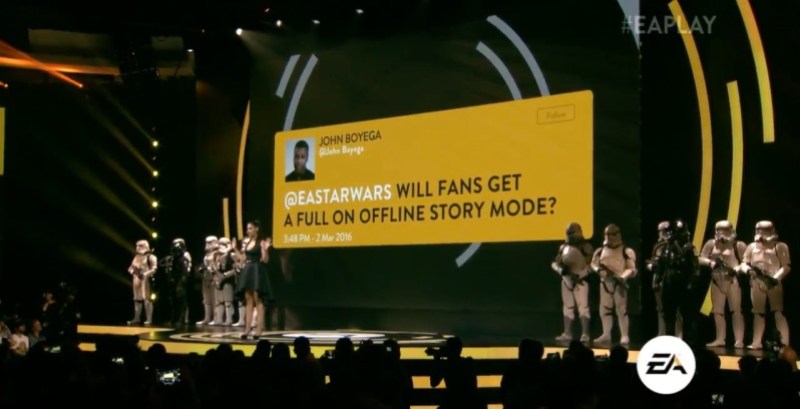 The loot includes new locations, characters, vehicles, modes, weapons, and star cards. Players can participate in regular live events and challenges that have their own rewards. The content drop in the first season will include the characters from the new films, such as Stromtrooper-turned-resistance fighter Finn and The First Order’s chrome-clad Captain Phasma, as well as a new planet, Crait, a space map above D’Qar, and more.

This Battlefront will also have a story mode, unlike the first. The story takes place in the 30 years between the destruction of Death Star II and through the rise of the First Order. The single-player story introduces Versio, the leader of Inferno Squad, an elite special forces unit of the Galactic Empire, who are equally lethal on the ground and in space.

The story sells an “new Star Wars story that bridges the gap between Return of the Jedi and The Force Awakens,” said actress Janina Gavankar, who plays the First Order hero (or villain) in the campaign.

In the multiplayer modes, you’ll also be able to play the likes of Rey, Kylo Ren (Han and Leia’s son who’s fallen to the Dark Side), and … Darth Maul. In the demo of Assault on Theed, the graphics looked awesome on a big screen, as one team played battle droids from The Phantom Menace. The droids took on Clone Troopers on the other side.

You could go into the skies in a Naboo starfighter and go over the city. The crowd said a collective “Ohhhhh” as a fighter accidentally slammed into a domed roof in the battle. YouTuber iJustine and others played the game first on stage. 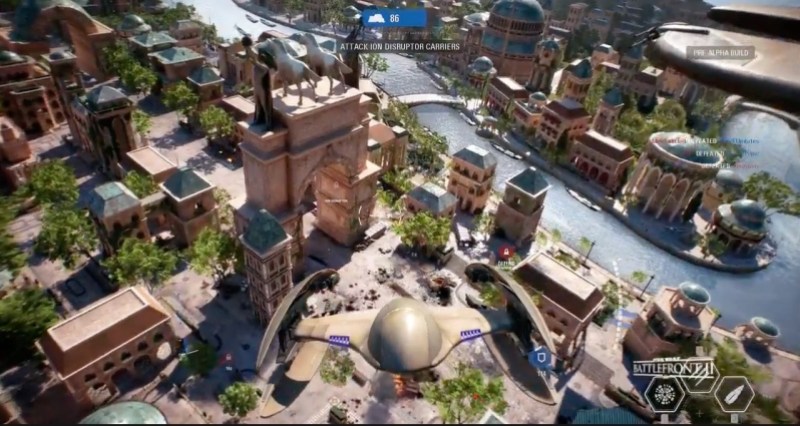 Above: The view from above in Theed map for Battlefront II multiplayer.

Fans will have the chance to get hands-on with Star Wars: Battlefront II multiplayer at the Play event. Here, they will be able to experience the Assault on Theed demo, which features the updated signature multiplayer mode, Galactic Assault, on the Naboo map set in the prequel trilogy era. Players will get a sample of the new class system, ground and air vehicles like the AAT-1 (the Trade Federation tank) and Naboo N-1 starfighter (that slick yellow-and-chrome ship that Anakin flew when he blew up the Droid Control Ship in A Phantom Menance), a larger focus on team play, and heroes from all eras.

Players looking to get into the game earlier can do so with the Star Wars Battlefront II: Elite Trooper Deluxe Edition starting on November 14, or through the Play First Trials on EA Access and Origin Access starting November 9. 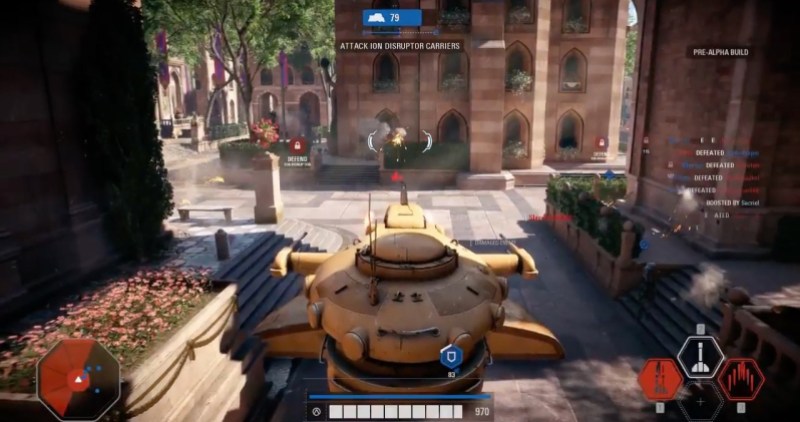