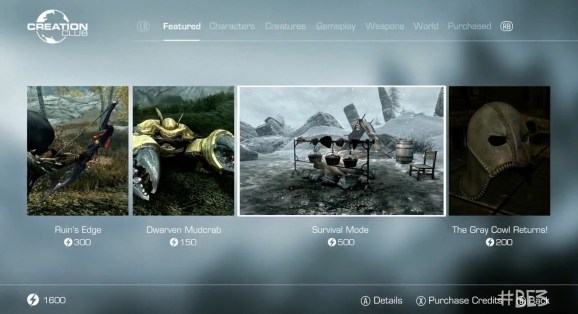 Bethesda announced it is working on something called the Creation Club so that outside creators can add modded content to Fallout 4 and Skyrim Special Edition.

Since making mods available last year, Bethesda said that fans have downloaded more than 300 million mods for those two games. Bethesda made the announcement at its press and fan event ahead of the Electronic Entertainment Expo (E3) in Los Angeles.

It is coming this summer for PS4, Xbox One and PC. And it will make it easy for players to find mods for their favorite games.