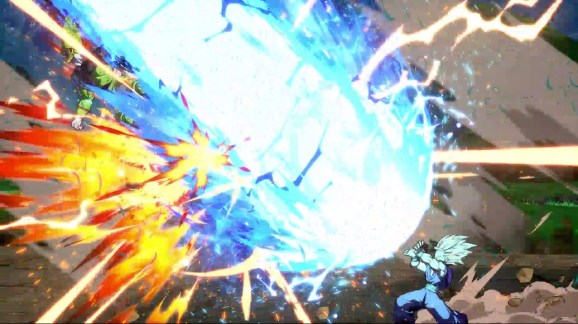 Microsoft showed off Dragon Ball Fighter Z today during its Xbox event ahead of the Electronic Entertainment Expo in Los Angeles. It’s a 2D fighting game featuring characters from the popular Dragon Ball series of anime and manga. It will feature 3-vs.-3 fights, and it’s coming out early 2018.

Dragon Ball has had a long history in gaming, including dozens of fighting games. But it’s focused on 3D battles in recent years. Fighter Z brings the action back to the 2D plane, but it uses gorgeous graphics that look just like the animation from the show.

Similar to the fighting game Guilty Gear Xrd, the character models are actually 3D, enabling the the camera to move around them for flashy attacks. But when viewed from the normal 2D angle, they look like the best sprite-based characters you’ve ever seen. That makes sense, since Fighter Z is coming from the same studio, Arc System Works.

The trailer showed off Dragon Ball heroes and villains like Goku, Majin Buu, and Frieza.