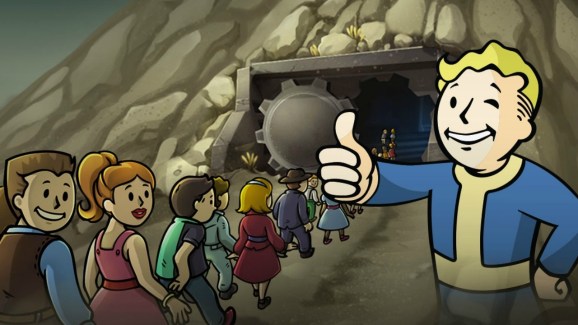 Overseeing a vault is stressful work.

A lot of people have played Bethesda’s Fallout Shelter.

The publisher revealed today during its event ahead of the Electronic Entertainment Expo event in Los Angeles that Fallout Shelter has had a total of 100 million players. The free-to-play game first launched on mobile in 2015. A PC version followed in 2016, while an Xbox One release came out earlier this year.

Fallout Shelter has players running their own vault, an underground bunker designed to survive the nuclear holocaust. Many first thought it was nothing more than a mobile tie-in for Fallout, an big-budget open-world role-playing game, but Fallout Shelter became a huge hit in its own right.