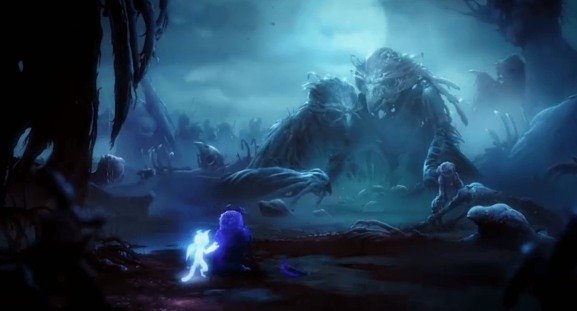 Ori and the Will of Wisps.

Ori and the Blind Forest, as gorgeous a game as you’ll ever see, is getting the sequel it deserves with Ori and the Will of the Wisps.

Microsoft revealed Ori and the Will of the Wisps during its Xbox event ahead of Tuesday’s Electronic Entertainment Expo (E3) in Los Angeles today. The Metroidvania (2D platformers that focus on non-linear exploration, inspired by the Metroid and Castelvania series) is coming to Xbox One and PC. It did not have a release date.

A trailer showed the forest from the first game overrun with monsters, suffering from fires and a storm, and … well, just not looking too great in general. Will of the Wisps has Ori teaming up with a baby owl, which (trying to avoid spoilers) shows some nice continuity with the events of the first game.

Ori and the Blind Forest came out in 2015 as a digital release for the Xbox One and PC. It stands out with its gorgeous visuals that rival any major animation production from companies like Disney or Studio Ghibli. It was one of our favorite games that year, and the project became profitable for Microsoft one week after its release.