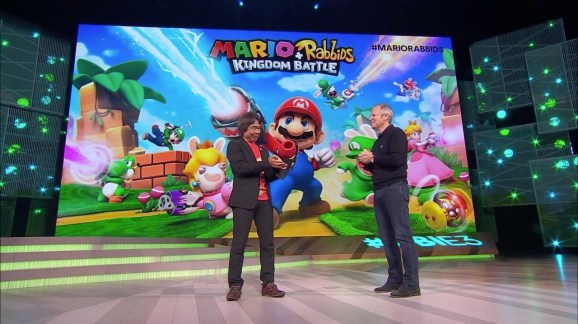 Ubisoft has created a new game for the Nintendo Switch that combines characters from Nintendo’s Mario and Ubisoft’s Raving Rabbids franchises.

This mascot mashup is Mario + Rabbids Kingdom Battle, and the French video game publisher showed a smallest glimpse of it today at its press event ahead of the Electronic Entertainment Expo (E3), the big game trade show in Los Angeles this week.

Xavier Manzanares, producer at Ubisoft Paris, said it is a turn-based tactical adventure. He showed some gameplay of the game. You waander around with up to four characters in a chain, from either the worlds of Mario or Rabbids. You can then move into tactical combat, which is turn-based like XCOM (a strategy game where you take turns deploying troops and attacking invading aliens). You can send your characters out to different blocks in a tactical zone. They can hide behind cover, flank, and attack the enemy.

Shigeru Miyamoto, the legendary designer of Mario at Nintendo, came out onstage to talk about the game. Through a translator, he said that he encouraged Ubisoft not to do a platformer or jumping game.

“Try to make a Mario game that has never been made before,” he said to Ubisoft. 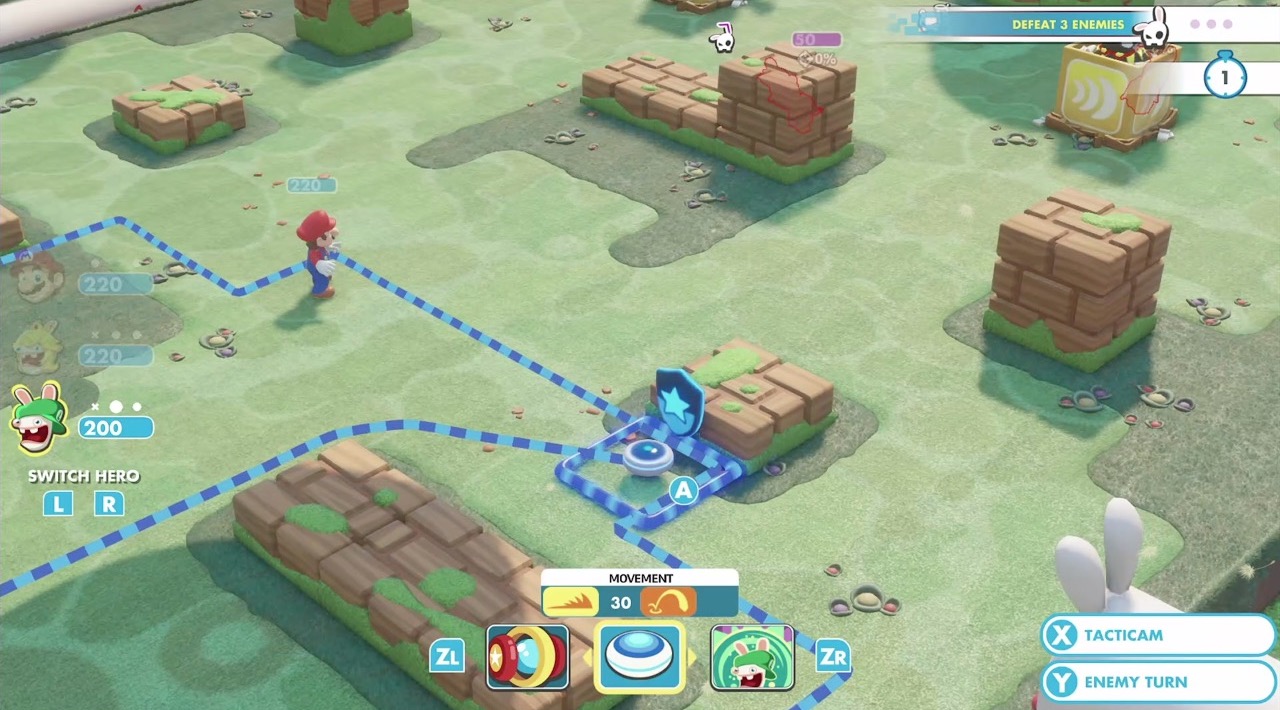 The companies started collaborating for some time, but they have had a tighter relationship since 2006. Ubisoft has been an early supporter of Nintendo consoles such as the Wii and Wii U. Ubisoft’s Just Dance was born on the Wii, and it has sold more than 65 million copies to date.

But the new game represents the closest collaboration yet, as it combines characters and environments from Nintendo’s Mario games for the first time with Raving Rabbids characters.

Yves Guillemot, CEO of Ubisoft, said onstage, “It was a very exciting challenge for all our teams..I think we have done something you will love.