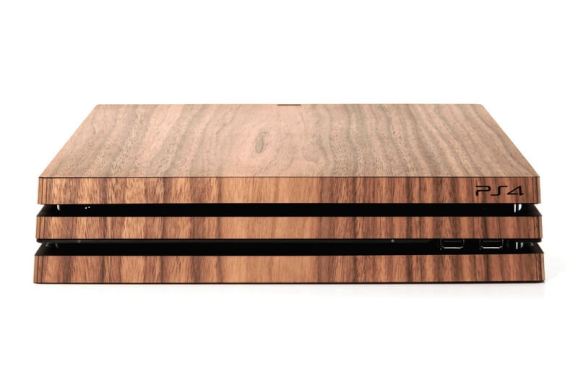 Do you respect wood?

The PlayStation 4 has hit another major milestone. Sony Interactive Entertainment has sold 60.4 million PS4s. The publisher finished its media presentation leading into the Electronic Entertainment Expo trade show in Los Angeles earlier tonight where it showed off upcoming games like Spider-Man, Uncharted 4 downloadable content, and more. But while the company has plenty of big names lined up for the future, its current library has helped the PS4 dominate the console space.

The PS4 has not only surpassed the 60-million mark, but Sony also revealed that its console owners have also purchased 487.8 million retail and digital copies. That’s an attach rate of more than 8 games per PS4.

“We are very grateful for our fans and partners around the globe who have continued to support PS4,” PlayStation boss Andrew House said. “The PS4 platform is in its prime, with the industry’s best lineup of exclusive and partner titles slated to release this year, taking full advantage of the power of the PS4 system. We are committed to further expanding our overall PS4 ecosystem, by broadening the PSVR content portfolio, as well as enriching our network services along with our groundbreaking software lineup. We remain steadfast in bringing the best entertainment experience to users worldwide and making PS4 the best place to play.”

Additionally, PlayStation has 70 million monthly active players worldwide, and PlayStation Plus has 26.4 million subscribers for its premium services.

Sony is looking to keep that momentum going this year with releases like Knack 2. In 2018, the company plans to introduce God of War, Days Gone, and more. These games will have to go up against Microsoft and its new 4K console, the Xbox One X.