Survios keeps improving its flagship virtual reality shooter game Raw Data. Today, the Los Angeles company is announcing that it will add player-versus-player (PvP) combat to the game soon, allowing players to shoot each other all they want in multiplayer online combat.

Survios is also adding PlayStation VR integration, and it will formally launch the game out of Steam Early Access in September 2017. The new PvP experience allows players to battle each other in “Eden vs. SyndiK8” competitive matches using their favorite heroes, weapons, and special abilities. The updated game has new maps, revamped abilities, and locomotion move sets.

“Our players have been clamoring for PvP ever since ​Raw Data’s earliest demos,” said Mike McTyre, Survios game design director, in a statement. “​Raw Data was always meant to be played with your friends beyond traditional co-op. Now, whether it’s an intense one-on-one duel or a chaotic 10-person battle, players can actually feel the adrenaline-charged intensity of fighting for their lives — only now against each other.” 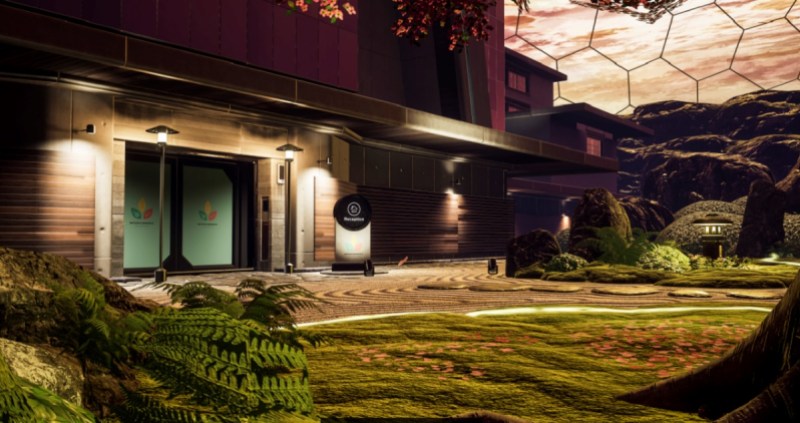 Above: A new environment in Raw Data.

Survios will also introduce​ a new environment set in Eden Corp’s deceptive botanical gardens for its heroes to explore.

“It’s been an exciting journey building ​Raw Data, and it’s amazing to be here adding the final features and polish that will bring everything together,” said​ James Iliff, Survios chief creative officer, in a statement​. “Our entire development team is extremely grateful for our dedicated player community, whose support and passion drive us every day. We love hearing all the feedback from our eager fans, and we’ve implemented many of those suggestions into the title with the goal of making the most exciting VR action game in the market. It’s truly a VR experience built by and for the VR community.” 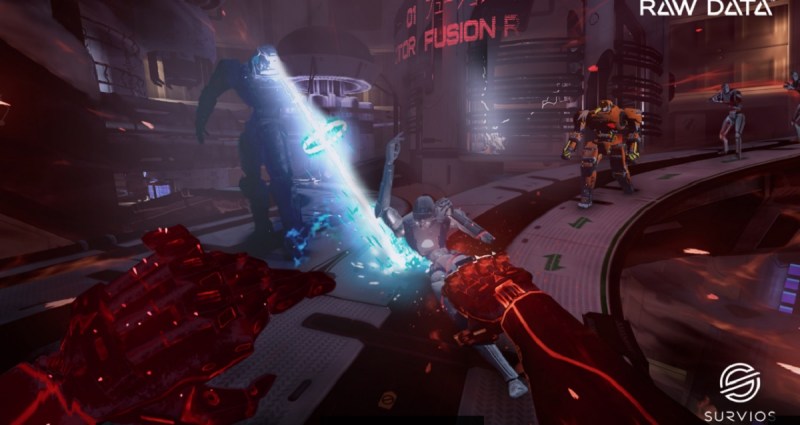 Built from the ground up for virtual reality, Raw Data is an immersive shooting experience. You pick up your weapons and have to hold off hordes of robots attacking you as you try to penetrate the headquarters of Eden Corp. The game tires you out since you are the controller. Using “active VR,” the game gets you to use your whole body to pick up a gun, load it, and fire at enemies that surround you. I played Raw Data again at a preview event, and it’s as easy to play as ever, with natural shooting mechanics.

Survios is also showing off the VR sports game Sprint Vector at the Electronic Entertainment Expo (E3) trade show. In that game, you swing your arms wildly to outrun your opponents in a multiplayer race. Survios started in 2013, and it recently raised an additional $50 million in funding across two financing rounds. Metro-Goldwyn-Mayer (MGM) led one strategic financing round, with chairman and CEO Gary Barber joining the Survios board.