Ubisoft is coming a little late to the toy-game hybrid craze started by Activision’s Skylanders in 2011. But the French video game publisher has something we haven’t seen before with Starlink: Battle for Atlas, a science fiction game where you attach a toy to a game controller and play the game on a console.

It’s another example of original and strange thinking at Ubisoft, which prides itself on creating new intellectual properties. The game is a project of Ubisoft Toronto, said Matt Rose, producer of the game. With Starlink, you attach a toy pilot and spaceship to the top of a game controller. Then you can change the parts on the spaceship, and those changes show up in the game on the fly. It’s like being a kid again.

“We built a team that dreamed of bringing those amazing childhood memories back to life,” Rose said. 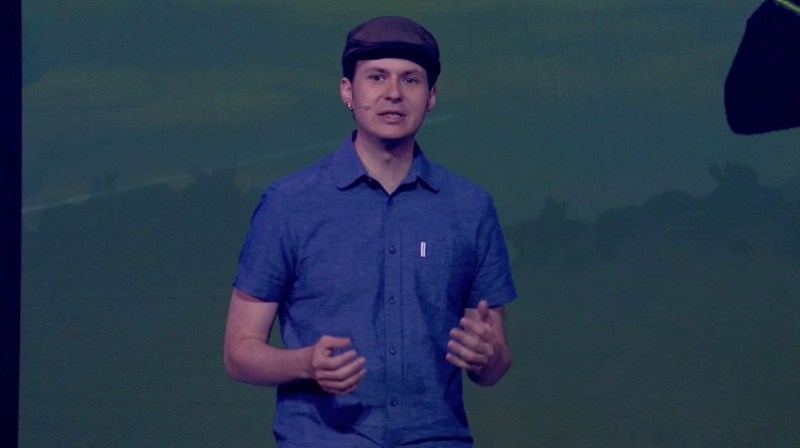 Above: Matthew Rose, producer of Ubisoft’s Starlink Battle for Atlas at E3 2017

So you can change pilots or change weapons or engines on the spaceship. If you run into a certain kind of enemy, you can attach flamethrowers that will take care of it.

The title will ship in the fall of 2018 on game consoles. It runs on Ubisoft’s Snowdrop engine that powers The Division. You can also play the game on the Nintendo Switch.