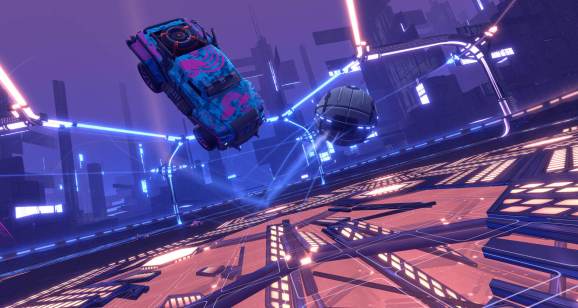 Nintendo is positioning the Switch as a device for esports, and the publisher showed off a new game at the Electronic Entertainment Expo tradeshow to prove that fact.

Rocket League is coming to Nintendo Switch this holiday, we learned today during Nintendo’s recorded E3 presentation. Players can now enjoy that car soccer megahit on-the-go with the hybrid handheld/home console. Rocket League also has a growing esports scene, and Nintendo showed it alongside its Arms fighting game and the shooter Splatoon as an example of how the Switch can support those kinds of competitive experiences.

Switch will also have Nintendo-related customization items as well as cross-network play with the other consoles and PC.

Rocket League first debuted in 2015 for the PlayStation 4 and PC.