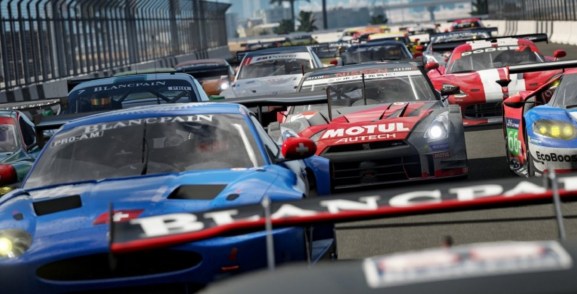 The next Forza is one of Microsoft’s biggest games at the Electronic Entertainment Expo tradeshow in Los Angeles, and developer Turn 10 revealed in a presentation at E3 that
it is getting serious about supporting every kind of USB controller and wheel on the market.

Forza Motorsport 7 producer Bill Giese told a room of reported that the game will not only support wheels on PC, but you can even use devices built for PlayStation 4. For example,
you can use Sony’s DualShock 4 controller or even the USB wheel that Logitech built for Gran Turismo. For Turn 10, this is evidence that it has done everything it can to support any way driving fans want to play.

“The reason I mentioned the PlayStation 4 Logitech wheel is because that is one of our most requested options by fans,” said Giese.

The peripheral market has dozens of different wheels and pedals for players who want to immerse themselves in the latest Porsche supercar. Turn 10 is promising to support all of those, and it has even begun testing some USB controllers that players would never choose to use.

“Last week I raced on a Guitar Hero guitar and drum kit as well as a DDR dance pad,” said Giese. “Players aren’t going to do that, but it was awesome to be able to plug anything
in and see that it maps.”

Finally, the Forza team is even adding a new view to the game for players who plan to use a wheel.

“We’ve added a wheelless cockpit view,” said Giese. “We’re up and ready to go. It’s been awesome going throw all 700 cars like this. It’s like viewing them for the first time.”

Turn 10 does not, however, plan to add customization options to the view for the cockpits, and Motorsport 7 does not presently have options like a field-of-view slider.