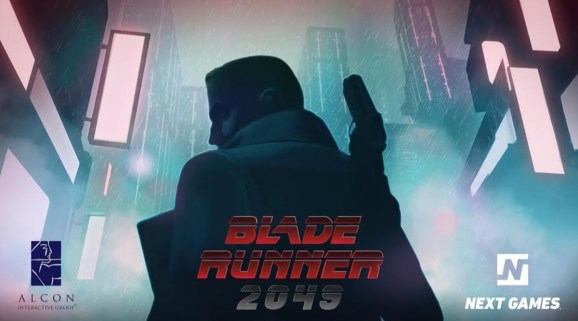 Alcon Entertainment and publisher Next Games are partnering to create a mobile game for Blade Runner 2049.

Ridley Scott, director of the original Blade Runner film, is executive producer on a sequel to the science fiction movie, dubbed Blade Runner 2049, and it is coming out on October 6.

The sequel has Harrison Ford reprising his role as Rick Deckard, with Ryan Gosling as a new main character.

Next Games CEO Teemu Huuhtanen, said in a statement, “We are thrilled to work on Blade Runner, a true pop culture icon. We are determined to deliver on Blade Runner’s unique themes and vision of the future. Both we and Alcon Entertainment value mobile games that are authentic and true to the original property. Our partnership is a confirmation of Next Games’ mission to redefine the way entertainment franchises can be transformed into, and enhanced by, highly engaging mobile games enjoyed by millions of fans globally.”

Andrew Kosove and Broderick Johnson, co-CEOs and cofounders of Alcon Entertainment, said in a statement, “We are excited to be working with Next Games on this exciting new endeavor. The world of Blade Runner is uniquely rich ground for storytelling across a variety of platforms, games included.”

Blade Runner 2049 is set thirty years after the events of the first film. A new blade runner, LAPD Officer K (Ryan Gosling), unearths a long-buried secret that has the potential to plunge what’s left of society into chaos. K’s discovery leads him on a quest to find Rick Deckard (Harrison Ford), a former LAPD blade runner who has been missing for thirty years.

The companies released a screen shot of the game, but they had no other details or launch date. Next Games went public recently, and it has made mobile games such as The Walking Dead: No Man’s Land. Alcon Entertainment is a film production company that has made movies such as The Blind Side.