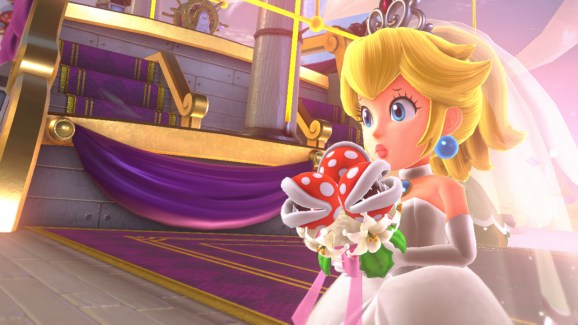 The Electronic Entertainment Expo in Los Angeles is nearly over, and it’s clear that Nintendo is having a strong showing thanks to Super Mario Odyssey, the Nintendo Switch, and … the Rabbids?

Sony, Microsoft, EA, and every other major publisher have all finished their media presentations leading into E3, and Mario has come away with a majority of the mindshare — at least on YouTube. Google’s video site currently has the trailer for Super Mario Odyssey as its No. 1 trending video. The upcoming Switch platformer wowed fans with whimsical action and style (and the memes about it are good), and it is more than 1 million views ahead of the No. 2 video … which is also Mario-related.

Nintendo owns four out of the top five E3 trailers on YouTube as of this report. In addition to the Mario games, Metroid: Samus Returns for 3DS and Metroid Prime 4 for Switch come in at No. 4 and No. 5, respectively. Only BioWare’s Anthem gameplay trailer from the Microsoft Xbox One X reveal breaks up Nintendo’s combo at No. 3. As for Sony Interactive Entertainment, God of War is its most popular trailer, but it landed outside of the top 5 with only 1 million views.

Here’s how the top 5 breaks down as of Wednesday morning: