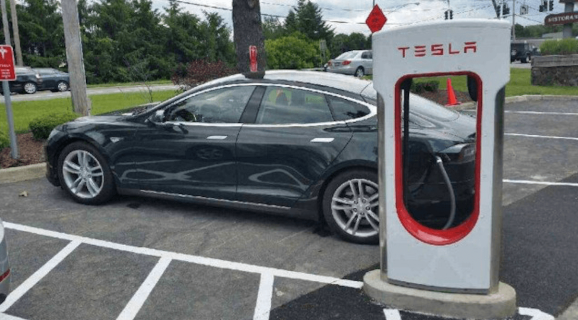 Too many people compare Tesla to what already exists, and that’s a mistake. Tesla is not another car company.

At the turn of the 20th century most people compared existing buggy and carriage manufacturers to the new automobile companies. They were both transportation, and they looked vaguely similar, with the only apparent difference that one was moved by horses attached to the front while the other had an unreliable and very noisy internal combustion engine.

They were different. And one is now only found in museums. Companies with business models built around internal combustion engines disrupted those built around horses. That’s the likely outcome for every one of today’s automobile manufacturers. Tesla is a new form of transportation disrupting the incumbents.

Here are four reasons why.

Electric cars pollute less, have fewer moving parts, are quieter and faster than existing cars. Today, the technology necessary (affordable batteries with sufficient range) for them to be a viable business have all just come together. Most observers agree that autonomous electric cars will be the dominate form of transportation by mid-century. That’s bad news for existing car companies.

First, car companies have over a century of expertise in designing and building efficient mechanical propulsion systems – internal combustion engines for motive power and transmissions to drive the wheels. If existing car manufacturers want to build electric vehicles, all those design skills and most of the supply chain and manufacturing expertise are useless. And not only useless but they become this legacy of capital equipment and headcount that is now a burden to a company. In a few years, the only thing useful in existing factories building traditional cars will be the walls and roof.

Second, while the automotive industry might be 1,000 times larger than Tesla, Tesla may actually have more expertise and dollars committed to the electric car ecosystem than any legacy car company. Tesla’s investment in a Lithium/Ion battery factory (the Gigafactory), its electric drive train design, and its manufacturing output exceed the sum of the entire automotive industry.

Third, the future of transportation is not only electric, it’s autonomous and connected. A lot has been written about self-driving cars and as a reminder, automated driving comes in multiple levels:

Each level of autonomy requires an exponential amount of software engineering design and innovation. While cars have had an ever-increasing amount of software content, the next generation of transportation will literally be computers on wheels. Much like in electric vehicle drive trains, autonomy and connectivity are not core competencies of existing car companies.

Fourth, large, existing companies are executing a known business model and have built processes, procedures, and key performance indicators to measure progress to a known set of goals. But when technology disruption happens (electric drive trains, autonomous vehicles, etc.), changing a business model is extremely difficult. Very few companies manage to make the transition from one business model to another.

While Tesla might be the first mover in disrupting transportation, there is no guarantee it will be the ultimate leader. However, the question shouldn’t be why Tesla has such a high valuation. The question should be why the existing automobile companies aren’t valued like horse and buggy companies.

[This story was originally published on Steve Blank’s own blog.]