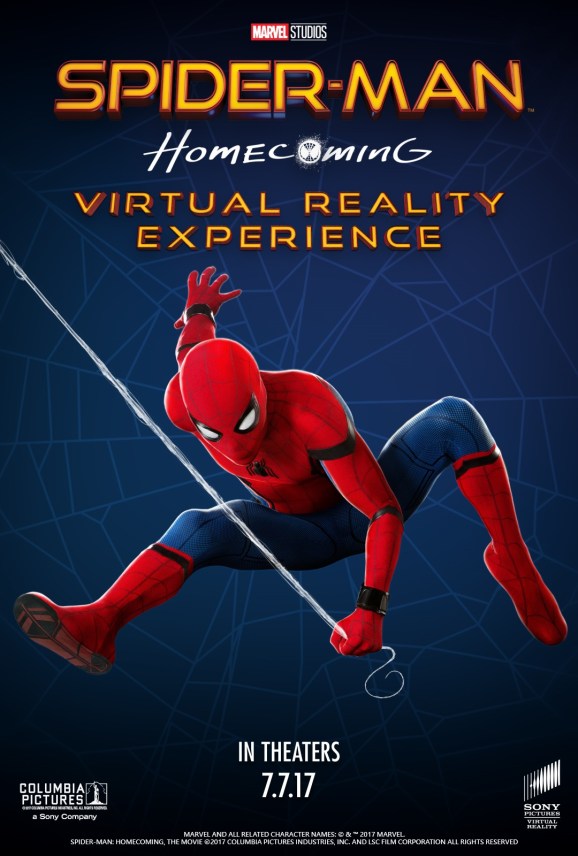 The move shows that VR is viewed as a marketing tool to get fans engaged with one of the highly anticipated movies of the summer, in theaters July 7.

Guided by the helpful artificial intelligence unit built into the new Spider-Man suit, Spider-Man: Homecoming VR offers players the chance to suit up as Spider-Man, hone their web-shooting skills, and sling high above New York City in pursuit of the Vulture.

“Spider-Man is the most beloved superhero in the world, so we knew Spider-Man: Homecoming VR had to be something special. Fans can wear the suit, fire the new web shooters – THWIP! – and swing through the air in a faceoff with The Vulture. It’s every fan’s fantasy turned into virtual reality,” said Jake Zim, Senior Vice President, Virtual Reality at Sony Pictures.

Leading up to its in-home release, fans can experience Spider-Man: Homecoming VR at special events and select movie theaters worldwide, starting this weekend at select Cinemark Theaters in the US and at the CineEurope tradeshow in Barcelona.

Spider-Man: Homecoming VR was produced by Sony Pictures Virtual Reality and developed by the agency CreateVR.