It has been almost 15 years since the launch of the original Beyond Good & Evil and the re-announcement of its sequel this week at the Electronic Entertainment Expo (E3), the big game trade show in Los Angeles. That might be a record for the time lapsed between an original and a sequel.

But Ubisoft’s upcoming Beyond Good & Evil 2, a prequel to the original, is ambitious beyond most games. The French video game publisher showed the title this week, and I also attended a tech demo hosted by the game’s developers. And that showed that Ubisoft’s Montpellier, France studio is going deep with its characters, story, and the whole universe around them.

Guillaume Brunier, producer of the game, said that a few years ago the team started pasting images of concepts for the game in a room. When it became full of such imagery, Brunier said, “We realized that the walls of the room had our creative vision. That was the game we were going to make.” 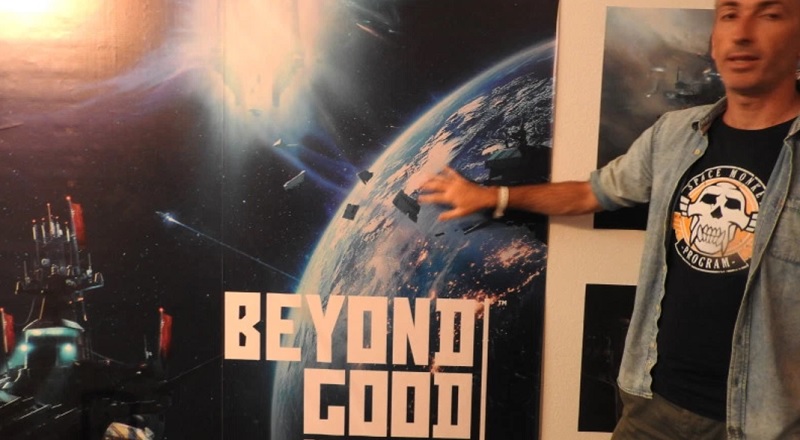 Above: Guillaume Brunier of Ubisoft talking about Beyond Good & Evil 2.

The trailer that Ubisoft released was also meant to convey the scope of the vision. The prequel’s trailer starts with a human-like space monkey named Knox, who pulls a trick on a Mafia-like pig gangster to steal a disk. Knox escapes, and the pig sends an entire police to go after hfim. Knox joins a co-conspirator and they take to the air in a flying motorcycle. They escape, but flying police vehicles and a giant capital ship attack them. The monkey and his partner outwit them and escape into the countryside.

They arrive at a huge ship, deliver their package, and it reveals a vast star system. Then they take to the stars. The camera zeroes in on the eyes of the ship’s captain, and she has jade eyes, the same as the female hero of the first game. The whole point of the demo is to go from the small scene in the cafe to the vast space of the galaxy.

“We wanted all of the art work to be consistent,” Brunier said.

Above: A mother ship in Beyond Good & Evil 2.

The team also worked on a story, which came from the extension of trends visible today. It assumed that the Chinese and Indian civilizations would become transcendent and be among the first human societies to explore the stars. And it took the trend of genetic engineering, introduced with a technology dubbed CRISPR, used to create artificial humans and animals, said Gabrielle Shrager, narrative director, in a press briefing. And private corporations discover resources in the galaxy that make interstellar trade extremely lucrative.

“As they start colonization of the stars in the 24th century, it is much cheaper for private companies to send genetically engineered beings instead of humans,” Shrager said. “They grow these slaves in labs and customize them to amuse wealthy families. They have created slave labor, and they have no rights.” 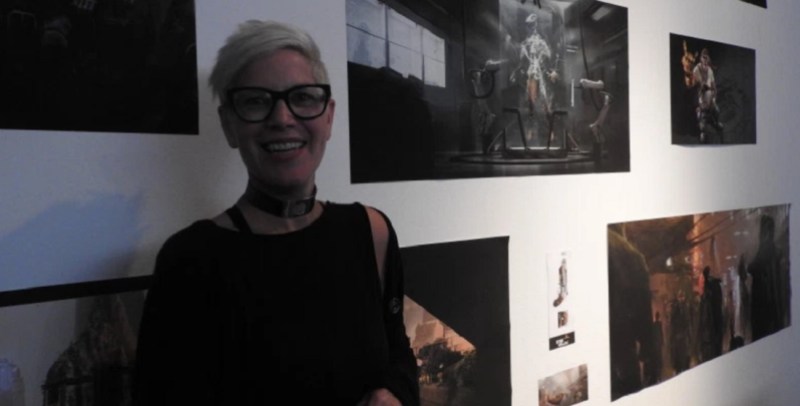 Above: Gabrielle Shrager is narrative director for Beyond Good & Evil 2.

Some characters like Knox manage to escape slavery and they go out into the galaxy to survive with other motley vagabonds, traders, and pirates. The picture of the cast of characters is meant to show the diversity of all of the creatures who are part of the universe, said Emile Morel, associate creative director.

Michel Ancel, creative director, said the team failed in the 2007 and 2008 time frame because the technical ambitions of the game were too big. The team created bits and pieces of the game, but they failed to pull it all together into a working game. Ancel went off on another project, Rayman Origins, and returned to it three years ago. 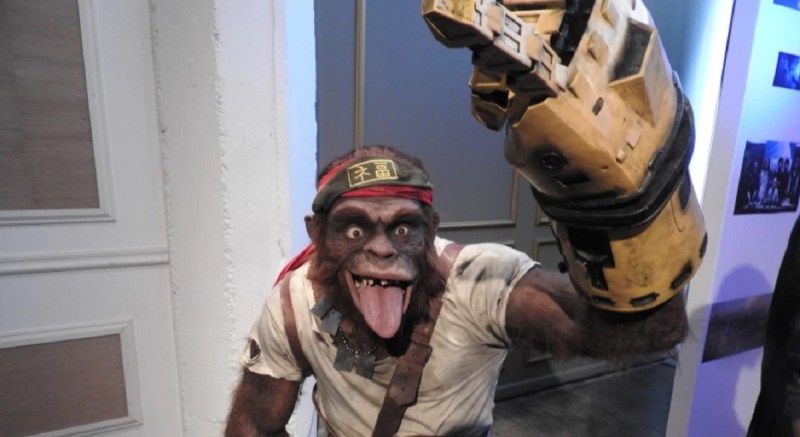 Above: State of Knox

“We went to back to start from scratch, and that is part of the emotion behind it,” said Ancel, who wept on stage as he announced the game. “We said we would not go to E3 until we had a tech demo. With this technology, we are going to create a galaxy, solar systems, planets, cities, and, instead of going from small to big, we are going big to small.”

If you die during a mission, you’ll return to your mother ship. If the mother ship is destroyed, you’ll go back to your home space port. You can use a camera to take pictures, which are evidence of what you see.

“At the beginning, you are nobody,” Ancel said.

Above: A statue of Ganesh in Beyond Good & Evil 2.

Ancel and Brunier showed how you could focus on a big statue of Ganesh in a big city. Then he placed the monkey on top of the statue, and he zoomed out until the monkey was a tiny creature. He pulled out into space and seamlessly zoomed out to show the whole solar system without any delay. They said they created a new game engine to be able to do that.

Above: Concept for a space battle in Beyond Good & Evil 2.

Players will be able create their own characters to take part in this world, and customize their own ships. And they will be able to travel in spaceships across planets at a speed of 5,000 kilometers per hour.

Since the game is a prequel, it will have characters who may be ancestors of the characters in the previous game. You can sign up for the Space Monkey program to help Ubisoft with beta testing.