Diablo III is getting a new class on June 27, the Necromancer. And for the first time in the series’ history, the new character isn’t coming as part of an expansion.

Instead, Blizzard is hoping that Diablo III players on PlayStation 4, Xbox One, and PC are willing to spend $15 to unlock this nostalgic class, which first appeared in Diablo II. It’ll give the studio a way to continue monetizing a game that came out back in 2012, and since sold over 30 million copies.

These days, Blizzard operates on the “games as service” model. Whether they’re free-to-play like Hearthstone and Heroes of the Storm, or have an upfront cost like Overwatch, each can earn more money by selling players cosmetics or new content.

But Diablo III came out before this whole “games as service” thing caught on. It had a different monetization plan at first, the Real Money Auction House. In it, players could sell items they found in the game to other players for actual cash, with some of the money going to Blizzard. Fans rallied against the idea, complaining that it gave players with deep pockets an unfair advantage and ruined the spirit of the game. Blizzard eventually relented and destroyed the Real Money Auction House. 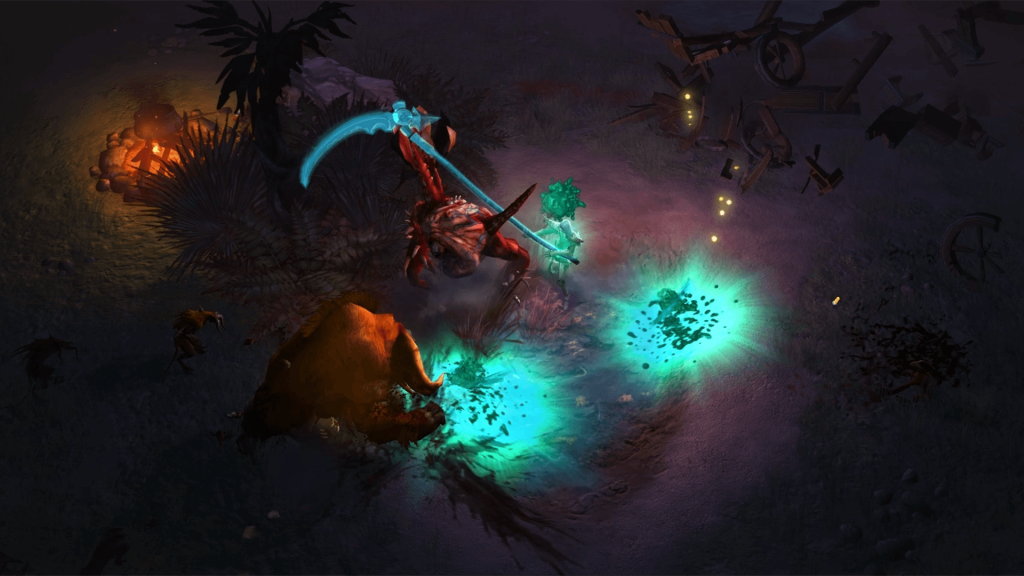 Above: Kill them all. They’re just demons.

So, how can it keep revenues flowing from Diablo III. There is the traditional method that used to be the standard for Blizzard games: expansion packs. These are large batches of new content that come in a new box and usually cost about $40 or so — not quite the price of a full game. Diablo III got one of these with Reaper of Souls in 2014. That expansion added a new story chapter and the Crusader class.

But expansions may not be the ideal way to monetize a game anymore. These days, you want to keep players constantly engaged. Releasing huge content drops years apart can bring people back to a game, but it won’t keep the playing for years.

That’s why we’re seeing the Necromancer come out on its own. It’s not part of an expansion. You just pay $15 to unlock the new class, some bonus cosmetic items, and other small incentives like two extra character slots.

If players bite, Blizzard can keep releasing content like this and keep Diablo III alive for years. It could save itself the expensive task of developing a new game if it can keep releasing new classes … or at least buy them some more time to develop a Diablo IV.

But Diablo III is an old game that Blizzard didn’t initially design for this kind of long-term support. If the Necromancer doesn’t take off, we could see the studio speed up work on a Diablo IV that supports the “games as service” motto from the start.