Ora Sound is launching a crowdfunding campaign on Kickstarter to raise money for its Ora GrapheneQ wireless headphones.

The headphones use a new technology based on recent research on the nanotechnology properties of graphene. The headphones are on sale now for an early-bird price of $200 (compared to $500 at retail).

Montreal-based Ora sound said it designed the Ora GrapheneQ Headphones with comfort and sound isolation in mind. Thanks to its graphene membranes, listeners will be able to hear one of the smoothest frequency responses recorded, zero distortion, and crystal clear resolution at low, mid, and high frequencies, the company said.

“As a trained audio engineer I have dedicated my life to the study and practice of accuracy in sound reproduction,” said Ora Sounds cofounder Robert-Eric Gaskell, in a statement “After my brother and I completed our PhDs, we worked together designing and building audio equipment for professional recording studios. It became clear to us that graphene had the ideal mechanical characteristics for loudspeakers and microphones. We patented the idea and wrote a paper for the Audio Engineering Society on the use of graphene in ribbon microphones. Shortly thereafter, we were approached by a technology incubator and assembled a team to explore its potential.”

The result was the development of GrapheneQ, a proprietary nanocomposite formulation consisting of 95 percent-plus graphene material. Speaker membranes made with this material display offer a rare combination of high stiffness and low density, which translates to acoustic qualities on par with the highest performing materials on the market at a significantly reduced cost, the company said. 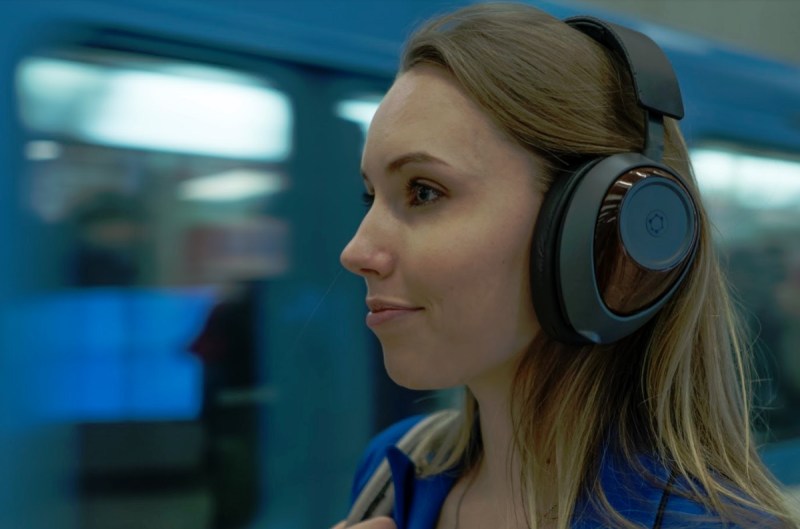 “Digital signal processing (DSP) has become a band-aid for masking the limitations of audio technology,“ said cofounder Ari Pinkas, in a statement. ”While DSP is a powerful tool, improving the fundamental technology is a far superior approach.”

The speaker cone, which is responsible for turning mechanical motion into sound, needs to be as light as possible. However, most lightweight materials bend and vibrate in ways that are not intended by the music. The 95 percent graphene nanocomposite displays allow for higher efficiency drivers with broader frequency responses and lower distortion than other available materials.

The headphones have an adjustable, padded headband for ultimate comfort; a frame composed of anodized aluminium and steel for robustness; and wooden earcups for optimized acoustics. Graphene, discovered in 2004, is 1,000 times lighter than paper and 200 times stiffer than steel. Its inventors won the Nobel Prize for physics in 2010.