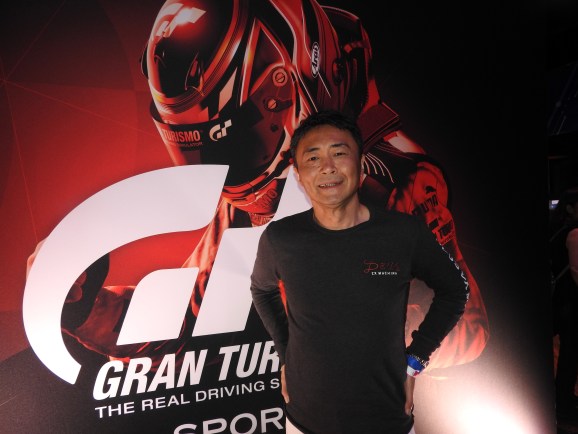 Sony Interactive Entertainment hasn’t released a Gran Turismo on the PlayStation 4 since the system launched in 2013. Instead, developer Polyphony Digital is still working to bring Gran Turismo Sport to the company’s latest home console. We got our hands on the racer at the influential Electronic Entertainment Expo tradeshow in Los Angeles last week, and it looks stunning on a PS4 Pro in 4K. But Sony also had it running on a PSVR at its pre-E3 showcase event, and that version is looking less impressive.

While racing games like Gran Turismo Sport and Forza Motorsport 7 are reaching new levels of photorealism thanks to 4K resolutions and high-dynamic range (HDR) contrast ratios on state-of-the-art displays (and upgraded hardware like Xbox One X), VR doesn’t look nearly as beautiful. That’s because the headsets (like Vive, Oculus Rift, and especially PSVR) use relatively low resolution displays, but they also require a higher framerate that is more demanding on hardware. So when I got into Gran Turismo Sport in VR, I experienced a blurry, unrefined mess — visually speaking.

And you know who agrees that Gran Turismo Sport doesn’t look as great in VR? Gran Turismo creator and director Kazunori Yamauchi.

“The first head-mounted display was created before I was born, around 1962,” Yamauchi told GamesBeat during an interview at Sony’s showcase event in Los Angeles. “I’ve been waiting for more than 50 years. After all that time, I’d hoped it would be something more incredible than it is today. But we’ve done the best we can with what’s currently available.”

But Yamauchi definitely wants to keep squeezing more photorealism out of the VR Gran Turismo experience in the same way that his team has done with the TV game. He just expects that it will take some time to get to that level of fidelity.

While we wait, however, you can read some more thoughts from Yamauchi in an edited transcript of our interview with the long-time developer.

GamesBeat: It sounds like you want to make Gran Turismo into more of an esport. How do you do that while keeping the game accessible?

Kazunori Yamauchi: One thing I want to emphasize that the Sport mode in Gran Turismo Sport is just one small portion of emphasis. Relative to the total number of features, it actually has more features than any Gran Turismo title to date. On top of that, Sport has two aspects to it. One you could compare to something like the NBA in basketball. The other side is more like street basketball. Having tens of thousands of viewers packed into a stadium isn’t the only kind of esports you can promote.

The kind of sport I’m aiming to compare to in Gran Turismo Sport is on another level. Sport is something that enriches your life, something you do in your daily life — playing basketball with your friends, or playing club tennis on a Sunday. We want to cover all of these aspects.

GamesBeat: Playing that kind of pickup game with your friends, how does that manifest in the game? What does it look like?

Yamauchi: This is just one example from our game design, but right now people are playing the arcade mode. When you drive a certain distance every day, you get a little reward for completing a “driving marathon,” going the same distance as a runner’s marathon. It gives you something for just playing a little bit and getting better at the game. It’s like going for a jog every day.

GamesBeat: Are you happy with where PlayStation VR is for Gran Turismo today?

Yamauchi: The first head-mounted display was created before I was born, around 1962. I’ve been waiting for more than 50 years. [Laughs] After all that time, I’d hoped it would be something more incredible than it is today. But we’ve done the best we can with what’s currently available.

GamesBeat: It reminds me of the early days of Gran Turismo on PlayStation and PlayStation 2. You can see where it’s going to go, and eventually it get to be the equivalent of the 4K Gran Turismo Sport we’re seeing on monitors today. Do you think that’s what we’ll see in the future?

Yamauchi: Once we get to dual 8Ks, it’ll be pretty nice. [Laughs] Dual 8K and about a 200hz refresh rate. Maybe in another 50 years?

GamesBeat: Have you figured out how to do Gran Turismo in VR without making drivers feel sick?

Yamauchi: If you’re driving carefully, staying on the track, driving as you’re intended to, you won’t get sick. As long as you keep the car under control, you’re fine. But if you run off the track or spin out, you’ll get sick. It’s the same as in a real car. You can’t avoid it. If you spin out a real car….

GamesBeat: I definitely noticed that the wipeouts were bad. You’ve been working with Sony for a very long time now. How is that relationship different today, compared to when you were working on the first Gran Turismo game?

Yamauchi: At the time of the first Gran Turismo we had 15 people working on the game, as opposed to 200 people now. But we’re still a family, even if we’re a family with 200 members. That’s one of the strengths behind Gran Turismo. We make something that couldn’t be made within a system, so to speak. Gran Turismo is a combination of things that only these particular individuals could do. All their skills come together to make this one game. There are very few examples of a company that works the way we do.

GamesBeat: A.I. is a very popular topic right now. Self-driving cars are in the news. Do you believe that could ruin driving for you?

Yamauchi: I don’t think so. I actually think that cars like Ferraris are the kind that need autonomous driving the most. When I want to go driving on a winding mountain road, or out on a circuit, I want the car to be able to drive to a place like that on its own. It’s really hard to drive a sports car in traffic. [laughs] Once I’m there, though, I’d want to be able to turn it off.