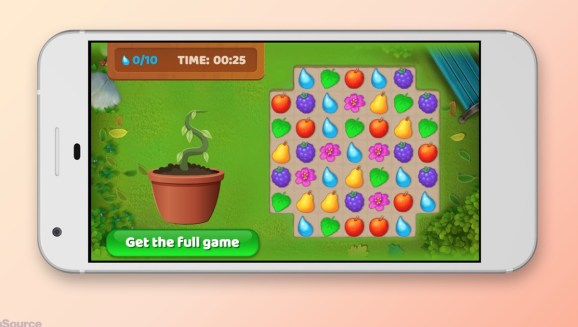 IronSource launches its own playable ads.

Mobile monetization and marketing company IronSource today announced the expansion of its “playable ads” to its mobile advertising customers, such as game developers who want to get more downloads by creating ads where players can play a part of the actual game.

In campaigns with premium partners, Ironsource said that the interactive ads have performed 300 percent better than standard video ads and 1,100 percent better than display ads. That means that the playable ads result in actions such as downloads three times more often than with ads that just show video of a game.

“We know that interactivity holds the key to a better experience for users and better performance for advertisers. The proof is in the data, with 3 times the installs compared to a standard video ad,” said Omer Kaplan, chief marketing officer and cofounder at IronSource, in a statement. “Equally important, the retention of users acquired through interactive ads is 35% higher than those acquired through other ad formats. The fact that users can actually interact with these ads creates an infinitely more impactful experience for the advertiser, and results in much higher quality users who choose to install.”

The suite includes playable ads which give users a taste of gameplay within the ad itself, interactive end cards which encourage viewers to stay engaged, and a beta version of an interactive video which allows users to select their preferences within the ad, which then changes based on their personalized choices. Unlike more passive ad formats, like banners or interstitials, interactive ads invite users to engage. By giving users a richer snapshot of the advertised app or brand, interactive ads also result in higher-quality users acquired, and increased brand recall, IronSource said.

IronSource has created an in-house team of game designers to create the playable ads for customers such as Zynga.

Shamanth Rao, senior manager of user acquisition at Zynga, said in a statement, “IronSource’s playable ads have made a massive difference for us. The fact that these playable ads give a low-friction way for users to ’test drive’ the app by playing a ‘mini-game’ before they install has resulted in substantial performance improvements over video ads. These have been a big contributor to our volumes, and to our breaking the top 10 ranks on iTunes during our launch.“

mNectar pioneered the use of playable ads, and many rivals such as Chartboost have debuted similar advertising products. IronSource said that its ads stand out because they are designed, prototyped and produced entirely in-house, giving IronSource the ability to make incremental changes that dramatically impact results for advertisers.

“The best part of working with IronSource has been their in-house Studio,” said Artur Grigorjan, head of marketing growth at mobile game publisher Playrix, in a statement. “Not only did they create ads that match the appeal and enjoyment of our games, but working so closely with their team of designers and programmers meant creative optimization was fast, efficient and most importantly of all, had a real, significant impact on performance.”

“To take the complexity of an entire game and distill that to 30 seconds of enjoyable gameplay is an intricate process requiring a lot of resources, but the real secret sauce of our offering is our ability to fine tune the ad experience to effect drastic changes in the numbers,” said Dan Greenberg, chief design officer at IronSource, in a statement. “For example, with one Chinese game advertiser, we created 10 iterations of a playable ad, with each iteration driving on average a 20 percent increase in performance. By the 10th version, we had increased performance by 380 percent, overshooting the advertiser’s KPIs and bringing in thousands of new players every day.”