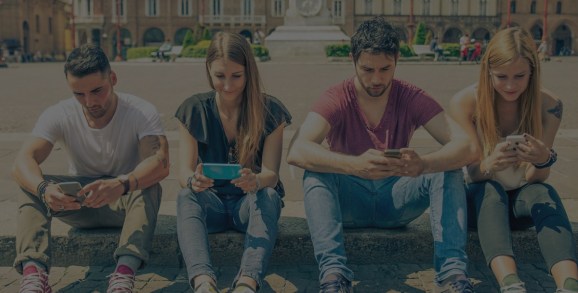 The top 20 percent of mobile users contribute at least 80 percent of the advertising revenue for mobile apps, according to a report by analytics and in-app purchase company Soomla.

Not only does the fabled 80-20 rule apply to people who spend money in apps, it also applies to those who view ads. That’s because some of the heaviest app and game users will view lots of ads to get the rewards that they want. These findings confirm the existence of “ad whales,” Soomla found.

“Mobile monetization is shifting towards ad driven models and companies need to adapt quickly. Publishers who relay on averages for mediation, attribution, and optimization decisions will not be able to stay competitive as the market is adopting new monetization measurement tools with deeper insights into specific segments,” said Yaniv Nizan, CEO of Soomla, in a statement. “Publishers who do utilize the new monetization measurement methods are often able to translate the insights into increased revenue. We have publishers who were able to double their advertising revenue with a few simple actions once the data was easily accessible.”

While most publishers have already adopted ad-based monetization models, some skip ads because they worry that users don’t like them. Overall, ad revenue is becoming an increasingly important piece in the monetization puzzle for mobile apps and games. At the same time, the lack of granular reports of ad revenue and ad interaction per user leads to an information gap.

“This impacts the ability of the publishers to make game optimization, attribution, and mediation decisions,” Nizan said. “These decisions should be based on granular data and not on averages. What the report shows is that there is a huge variance — up to 19 times in the monetization levels. It means that using the average can lead to many wrong decisions.”

Soomla found that, in some apps, the users who generate many impressions are not the ones generating the ad revenue. The report also found that users tend to stay in the same segments over time. Those who were classified in the top-revenue segment in the first month tend to contribute 67 percent of the revenue in the next month. And in this top segment, the users’ average revenue is six times the average.

Soomla also found that ad rates (eCPM levels) are higher in the second month for users who had high eCPMs in the first month. Soomla studied more than 2 billion ad impressions across 25 different games and apps and more than 200 countries.

One of the problems is that the ad networks don’t provide enough transparency, Soomla said. That’s because ad revenue concentration is not reported by the ad networks. Rather, the ad networks report average revenues across users. On average, the studied apps revealed a nearly 10 times difference between the eCPM of the two segments.

Soomla said that the data shows that ad revenues are concentrated among fewer users than otherwise thought, regardless of geographic region. The variance between the ad whales and those that are at the bottom of the revenue charts can be as much as 19 times.

Ad-whales behave like payers, and companies should focus on retaining and acquiring such high value users, Soomla concluded.