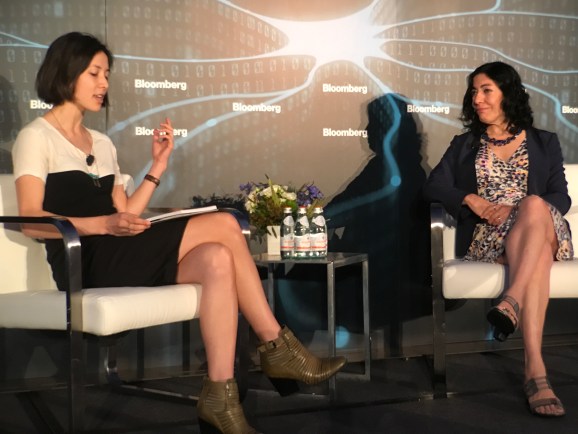 While artificial intelligence is a hot topic these days, the industry is facing a key problem: Not enough scholars are staying in academia to teach the massive influx of students. It’s a problem that Jennifer Chayes, a managing director and distinguished scientist at Microsoft Research, has seen firsthand while recruiting top researchers away from universities and into her organization.

In her view, professors, like one who she hired away from a post at Stanford University last year, aren’t leaving entirely for the money, since they could work at startups or do consulting on the side while keeping their academic posts. Large companies like Microsoft offer increased pay, but also access to massive amounts of data that gets updated frequently.

It’s an issue because the top-notch academic researchers who might have been training the next generation of data scientists are leaving. That could slow progress in a field that is critical to the future of computing.

“I don’t know if there are any, or there are very, very few of the core [machine learning] faculty at Stanford left,” Chayes said. “I just hired one [away from them] last year, okay?”

That in turn leads to another problem, when remaining faculty are left teaching up to 1,000 students eager to learn the ropes in a popular and emerging field. Richard Socher, who spoke earlier in the day, said that he taught 660 students at Stanford in addition to his responsibilities as Salesforce’s chief scientist.

“What happens is that fewer and fewer faculty are left, and the burden of the number of students they have to teach increases, making it even worse,” Chayes said. That increased load is one factor driving professors out of the academy and into business settings.

It does help that many of the large tech companies have dedicated research organizations that don’t require academics to give up their pursuits.

Chayes also pointed out that increased gender parity would help deal with the current dearth of machine learning experts.

“For us to have enough people in AI and ML, we should start to make full use of our workforce, and men to women, it’s a really bad ratio right now,” she said. “If we didn’t decrease the number of men, but got proportionally the same number of women, we would be in much better shape.”

Microsoft isn’t solely relying on educational institutions to train its next generation of data scientists. The company worked with e-learning service EdX to create a data science curriculum, and it runs a set of internal boot camps to get its employees up to speed.