The Palo Alto, Calif.-based fund will invest in high-growth sectors such as virtual reality, augmented reality, digital gaming, and esports.

Eleven Ventures isn’t going to be like traditional VC firms, Howse and Ballard said in an interview with GamesBeat. The company is adopting a co-creation model, designed to tap the deep expertise of Howse and Ballard and the passion of startup founders.

Howse and Ballard said they will invest in fewer companies than a typical fund, and they will spend more time with startups creating businesses and defining strategies. They will leverage their network of corporate executives and investors to secure both partnerships and funding.

Eleven Ventures will also make direct capital investments in select portfolio companies from a fund it is currently raising.

Eleven Ventures’ portfolio already includes Lucid Performance, which is addressing the mental fitness market with a startup cofounded by Jason Stirman, an early executive with both Twitter and Medium.

The fund has also invested in Cinova, a platform for streaming the high-quality VR video; Nitero, a wireless VR technology company, which was recently acquired by Advanced Micro Devices; OutPost Games, focused on making games as fun to watch as they are to play; and Nimble Collective, a virtual, collaborative animation platform addressing the $90 billion animation content creation market.

“Startups are hungry for operational expertise beyond the traditional capital investment and Eleven Ventures provides a new, proven model for helping to build dynamic companies in some of today’s highest growth segments,” said Howse. 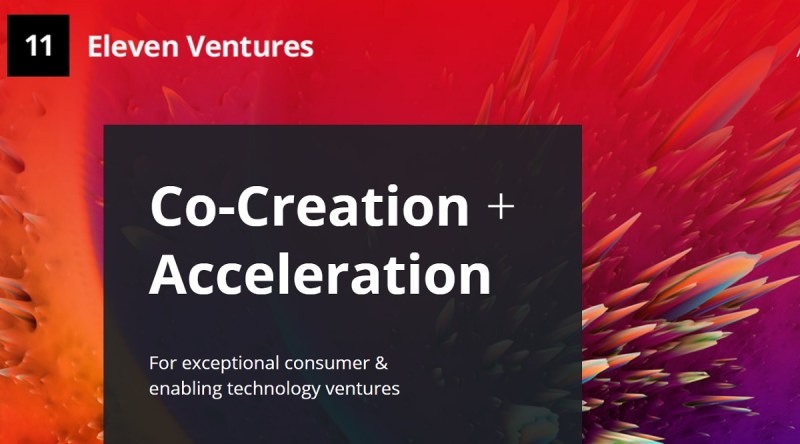 Above: Eleven Ventures is investing in VR, esports, and digital gaming.

“Our years of collective experience place us in a unique position to offer startups a level of deep integration and expertise that is atypical to that of most investment models. We’re thrilled to be working in this capacity with the next generation of disruptive entrepreneurs,” added Ballard.

One portfolio CEO speaks highly of their approach.

“Eleven Ventures was instrumental at our inception with strategic guidance and resources as well as to help secure significant funding, which culminated in an oversubscribed $6M investment round,” said Wright Bagwell, CEO and cofounder at Outpost Games, in a statement. “That foundation work paved the way for where we are today — preparing to disrupt online entertainment with a platform that facilitates games that are as fun to watch as they are to play.”

Howse’s career spans more than 20 years with expertise in cloud services, consumer technology, interactive entert ainment, and mobile applications, where he has helped to build a range of highly profitable companies and global brands. He served recently as corporate vice president of new ventures at AMD.

He was also CEO of Bigfoot Networks, and led the company from product introduction of its Killer branded game networking products through its acquisition by Qualcomm. He served in marketing roles at Creative Labs, S3 and 3dfx. He started out as a talent manager and concert promoter working with Frank Zappa, the Moody Blues, The Beach Boys, and others.

Ballard was most recently senior vice president of social, mobile and emerging platforms at Time Warner, where he led the business and strategy of the studio’s mobile games business worldwide.

Additionally, Ballard served as president and CEO at Glu Mobile, an early pioneer in mobile games, which completed a notable IPO in 2007; CEO at SonicBlue, makers of ReplayTV and Rio digital music players; CEO at MyFamily.com, later renamed Ancestry.com; and CEO at 3dfx where, over a three-year period, he grew the company from $4 million to an annualized rate of more than $400 million.

Howse said the name was inspired by the film This is Spinal Tap. (Check the logo at the bottom of the web site).