Crash Bandicoot was a gaming star in the late ’90s, but he fell into obscurity after a series of mediocre games once the original studio, Naughty Dog, stopped working on the franchise. While many hoped we’d see a new game, or maybe even that Naughty Dog might return to the platforming series, a collection of remakes is what makes Crash great again.

The Crash Bandicoot N. Sane Trilogy contains remakes of the first three games in the series, which all came out for the original PlayStation. These are also the three that Naughty Dog created. They’re great platformers, but they also belonged to the early days of 3D gaming, when clunky controls and awkward mechanics were the norm as developers made the transition from 2D projects.

The Crash Bandicoot games avoided those pitfalls and still hold up as excellent platformers, and these remakes from Vicarious Visions make these oldies shine as some of the most gorgeous mascot games you’ve ever seen. 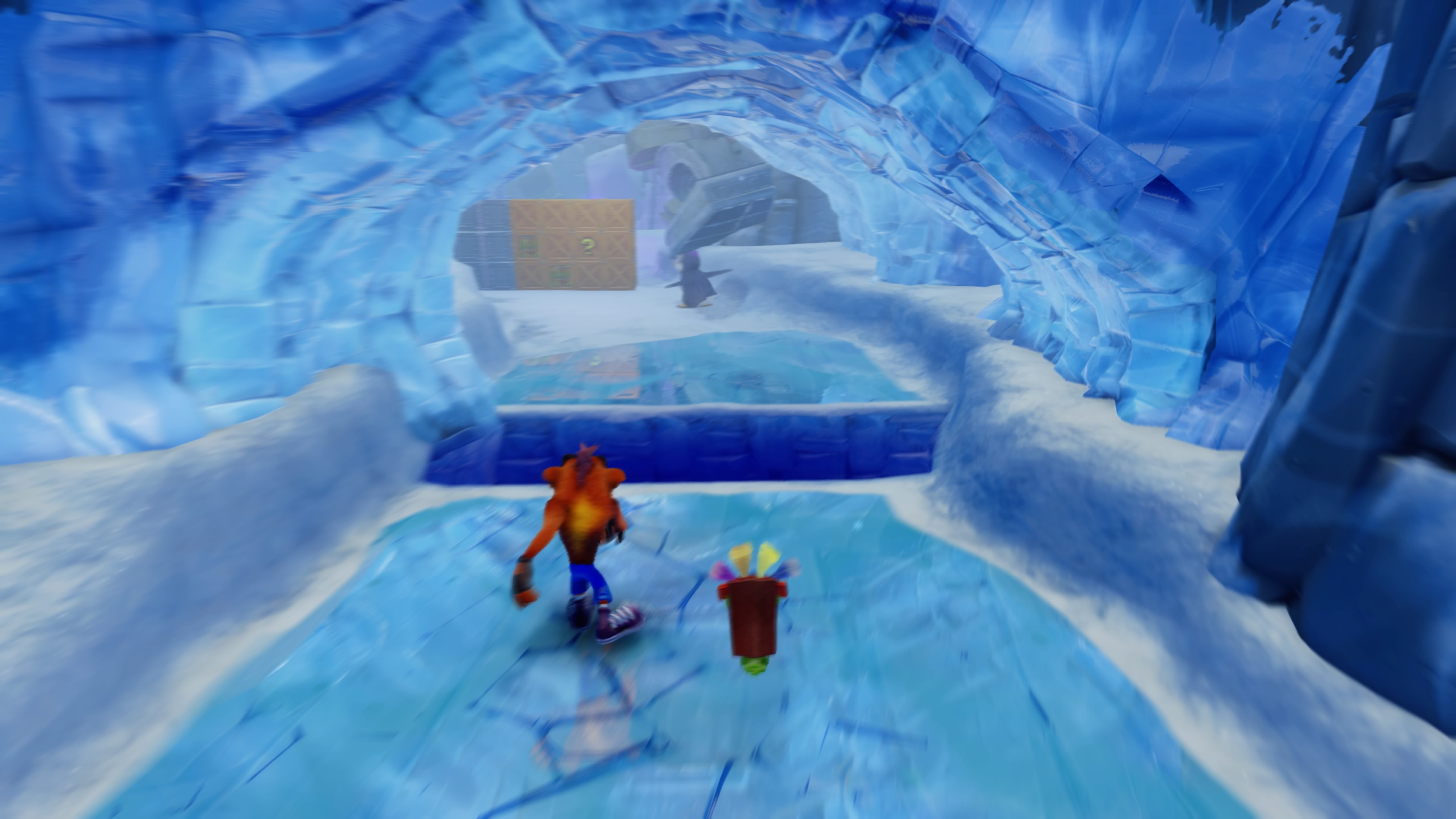 Above: Slipping and sliding.

Great games that have aged well

These three games are simple platformers. Crash has to jump to avoid pits and obstacles, and he can use a spin attack to get rid of enemies. While Super Mario 64 favored a more open level design when it tackled the new class of 3D platformers, Crash Bandicoot sticks closer to its 2D roots. Levels are linear and the camera is static. It’s basically a 2D platformer with a z-plane.

They’re simple, but they’re still a ton of fun. Levels offer a lot of challenges, and the games are smart to break up pure platforming sections with more unique levels, like ones where you have to run toward the screen while escaping from a boulder, or others where you ride a runaway hog while avoiding pits and enemies. The first game was also was one of the first to shift from 3D and 2D perspectives, a trick that still makes for entertaining stages.

These games are also difficult. It’s sometimes frustrating when you keep dying (jumping over gaps can be unforgiving, and you’ll slip to you death if you only touch the ledge of a platform), but I enjoy having my skills tested. And even when you beat every level, you get the extra challenge of going back and destroying all of the boxes in each stage so you can 100 percent each game.

The mechanics have aged well, but the graphics see a huge upgrade in this collection. Everything is new, including the character models, environments, and cutscenes. But it all stays faithful to the originals, capturing the zaniness of the creatures and the lushness of the levels.

It still looks like a cartoon, but it’s one with a lot more detail. The games also feature remastered soundtracks, so they sound as good as they look. This isn’t a simple coat of new paint. If a studio made a high-end, brand new Crash Bandicoot today, it would look like this. 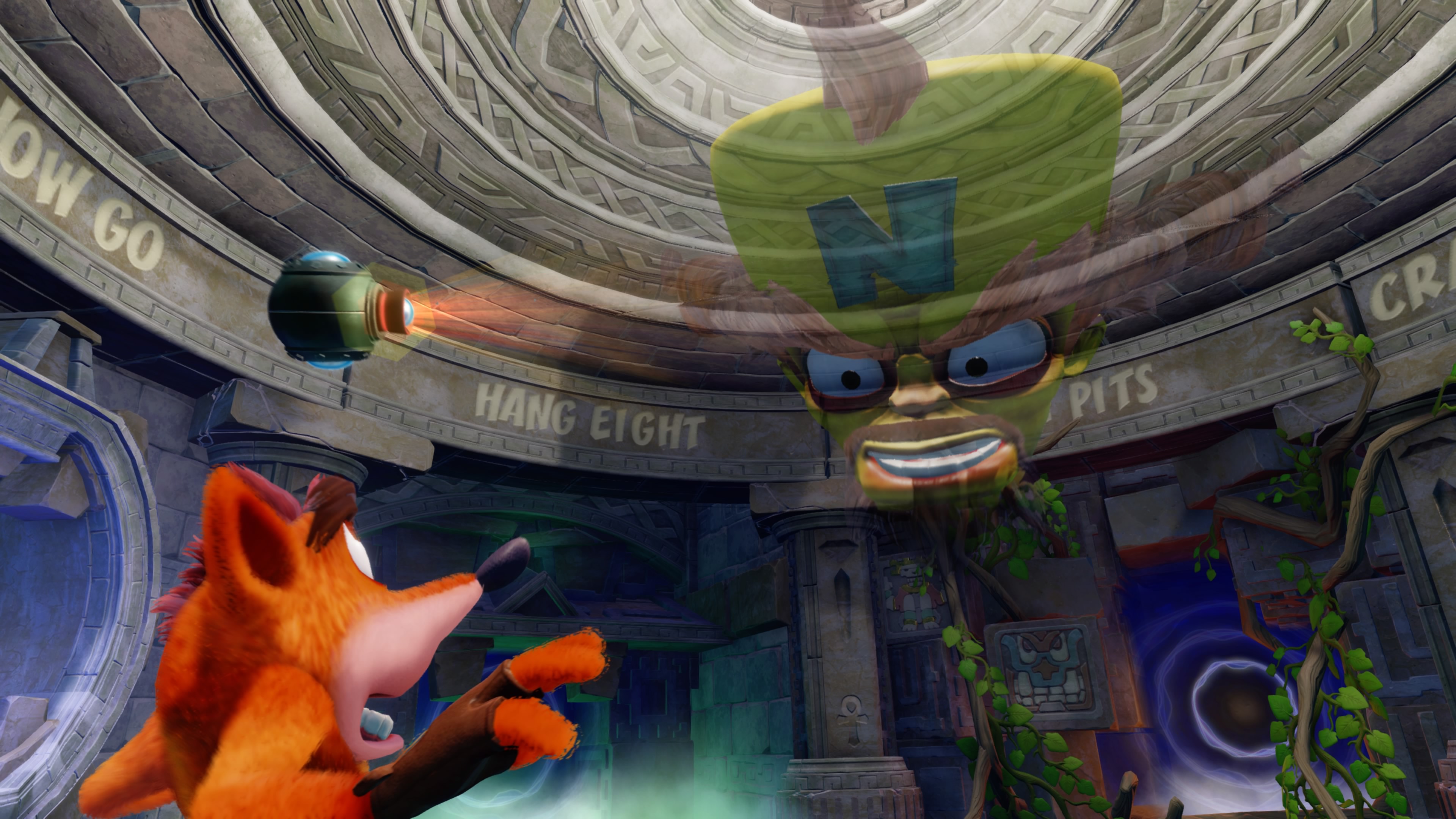 Above: You’d trust that face, right?

Outside of the gorgeous new graphics and remaster music, this collection doesn’t offer much that’s new. You don’t have any behind-the-scenes videos of developer commentaries. You don’t even have galleries of concept art. It would have been nice if this nostalgic package did more to celebrate the series’ history and give fans an appreciation for its creation.

You can play as Coco instead of Crash in each game. She’s his sister, and offering a new character is at least something. But she controls exactly the same as Crash, so it’s not all that much of an extra. 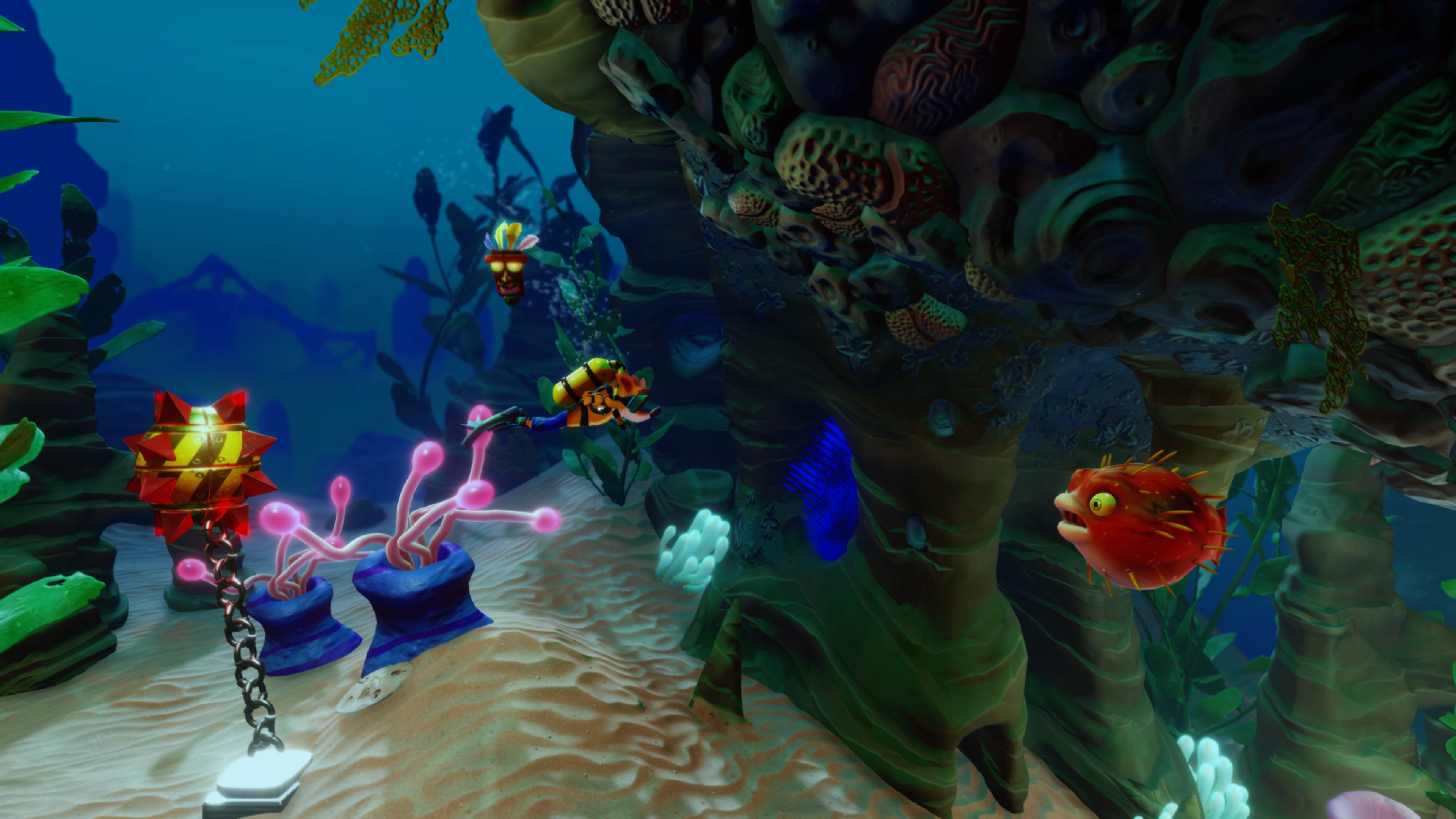 Above: You have to have an underwater level in a platforming game.

Remaking a game can be a difficult task. When you mess with the look of the original, you can sometimes create something unauthentic that has fans turn against it (see Final Fantasy VI on mobile). It’s just one reason why the simpler and less expensive task or porting or remastering an older game often proves more popular.

But I’m glad Activision went so far with these remakes while keeping the actual games pretty much untouched. These three platformers are now some of the most striking things you can play on the PlayStation 4 (even more so if you have a 4K TV and a PlayStation 4 Pro, like I do).

If you ever had any love for the originals, you’ll smile like an idiot seeing how good they look now. But if you’ve never played these classics before, the updated graphics (and the cheap $40 price tag) are a great excuse to see why so many people cried when Crash went away in the first place.

Crash Bandicoot N. Sane Trilogy comes out for the PlayStation 4 on June 30. The publisher provided us with a code for this review.