Grand Theft Auto Online is adding new content for the Independence Day holiday that will give players on PC, PlayStation 4, and Xbox One access to a fancy ride and a new competitive mode.

“Two teams of up to six parachute into a combat zone in search of a transmitter hidden inside of a package,” Rockstar Games detailed in a press release sent to GamesBeat. “Your objective is to find it and transport it to the evacuation zone.”

Competing in this mode will earn you double cash and experience until July 10.

Players can also purchase a new supercar, the Dewbauchee Vagner. If you don’t have enough virtual money in your character’s bank account to afford this high-end vehicle, you can always boost your cash flow by spending some real dollars. 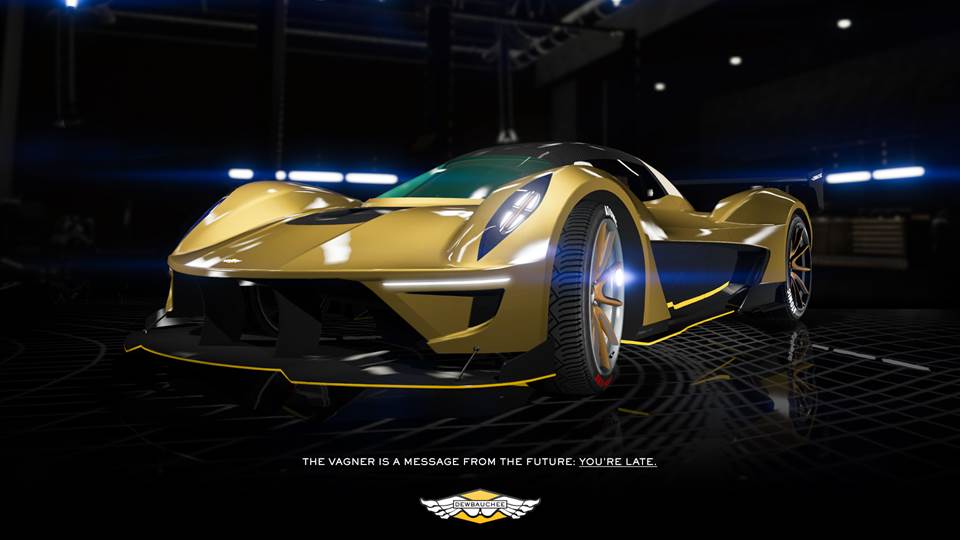 Above: The Dewbauchee Vagner Supercar.

Logging into GTA Online at anytime until July 10 unlocks two Independence Day-style shirts, and all watercraft are on sale in the game.