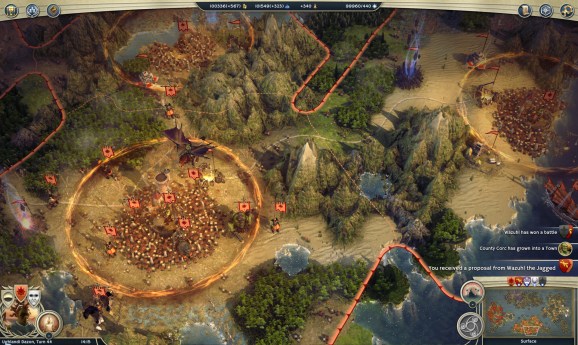 Paradox is getting into the wonderment business.

Paradox Interactive is adding more talent to its stable of strategy developers. The company revealed today that it has acquired Triumph Studios, which is the team responsible for the turn-based strategy game Age of Wonders. Paradox also owns all of Triumph’s assets as well in a deal worth $4.5 million (4 million euros) with the potential for $24 million extra depending on future performance.

Triumph Studios is now the fourth major Paradox studio, and with its location in The Netherlands, it is the first office outside of Sweden for the publisher. Paradox chief executive Fredrik Wester explained to GamesBeat that this represents a step forward for the company and also a challenge. But the company thought Triumph was the right opportunity to expand its footprint outside of its home country due to the developer’s pedigree.

“[Triumph fits into Paradox] like a glove,” said Wester. “Not only in the overlap of fans, but we have a lot of hardcore fans of the Age of Wonders series among the people at Paradox.”

I asked Wester to explain exactly what Paradox was buying, and he revealed that it was way more than just the Triumph name.

“It’s Triumph Studios — lock, stock and barrel — but most of all, it’s a lot of new great insights into the turn-based strategy gaming niche and a new genre within our own where we can discover more,” the CEO explained.

Paradox doesn’t know if it’ll have to change anything with Age of Wonders, but the publisher believes it can merge its knowledge with its new acquisition to make everyone involved better.

“We bought Triumph because it’s a great company making great games,” said Wester. “Hopefully we can add a few insights from Paradox but we have full faith in the Triumph team to deliver great games.”

In a direct message to fans of Triumph and Age of Wonders, Wester finished by confirming that Paradox has as much faith in that team as its fans do.

“Let’s add our collective powers to make their next game great,” he said.