PlayerUnknown’s Battlegrounds represents a paradigm shift in the shooter genre. Its thrilling last-man-standing multiplayer action has led to more than 4 million in sales, but it’s the breadth of its appeal that makes it so important to the future of gaming.

Everyone is playing Battlegrounds. That’s hyperbole, but it doesn’t feel too far from the truth. The online shooter from developer Bluehole has attracted a huge player base, and it’s not slowing down.

Everyone is playing Battlegrounds in the same way that, at one point in time, “everyone” was playing Halo, Quake, or GoldenEye. Battlegrounds is the latest entry in a long lineage of competitive shooters that bring in an audience with diverse tastes. And like Halo, Quake, or GoldenEye, it is going to redefine what players expect from the genre while replacing its predecessor as the king of the genre. 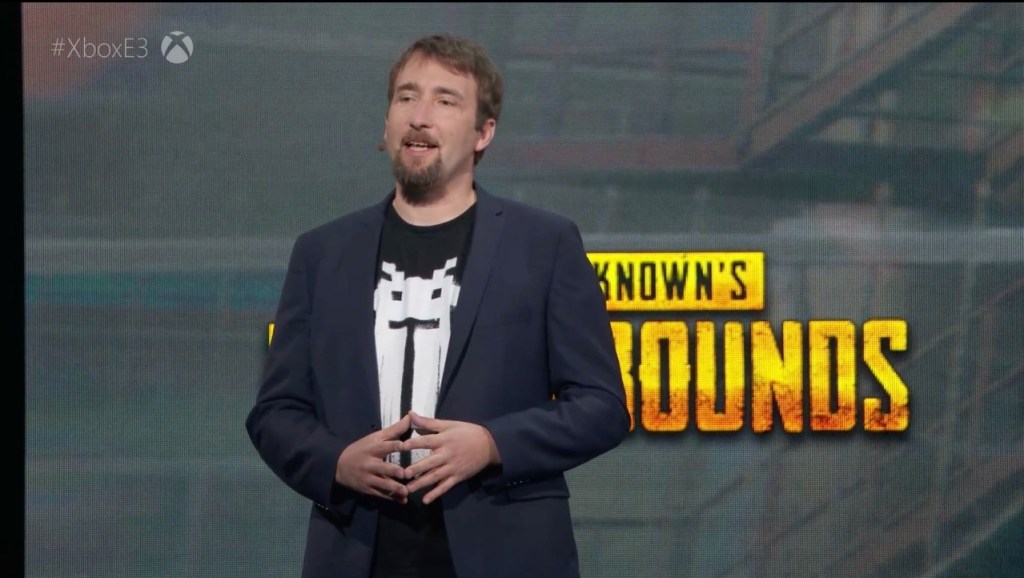 Above: PlayerUnknown himself, Brendan Greene, announcing the game is coming to Xbox.

What Battlegrounds reminds me of the most is the summer of 2007. During the Electronic Entertainment Expo trade show in Los Angeles that year, something weird started to happen: people who didn’t care about shooters at websites like GameSpot, in major magazines like EGM, and on podcasts like 1UP Yours couldn’t stop talking about Call of Duty 4: Modern Warfare. That military shooter from developer Infinity Ward and publisher Activision caught people’s attention due to its advanced animations, its slick controls, and its anti-Halo boots-on-the-ground combat.

To hype up demand, Activision rolled out a testing phase for Call of Duty 4 where you could play its online multiplayer prior to its November release. The response was the ’00s equivalent of the success of Battlegrounds. People spent dozens of hours in the beta and the Call of Duty series turned into the biggest franchise in the world.

It feels like the same thing is happening again with PlayerUnknown’s Battlegrounds. A decade on from Call of Duty’s ascension, and the time is right for something new. Sure, we have the resurgence of Counter-Strike and the hero-based Overwatch, but Battlegrounds doesn’t have a Valve or Blizzard behind it. Instead, Bluehole is growing its game with the help of livestreamers on sites like Twitch and YouTube.

Bluehole also works with partners on broadcasting sites around the world. It gives them a special version of the game so they can livestream it with their followers. And again, it’s not like Call of Duty (or Counter-Strike or Overwatch) is hurting for livestream viewers, but Bluehole built Battlegrounds for that experience.

But Battlegrounds isn’t just different from Call of Duty due to its watchability and compatibility with Twitch. The game is almost an anti-Call of Duty. Where Activision’s shooter is slick and produced, PUBG is janky and broken (for now). While COD matchers are nonstop consistent action, PUBG can have 20-minute stretches devoid of fighting. Where COD is all about maximizing your kill-death ratio, PUBG is often as much fun when you’re not winning.

After years of competing games like Halo and Battlefield attempting to recapture lost glory by mimicking Call of Duty, it doesn’t surprise me that the game that feels most like COD’s replacement is so different.

Call of Duty isn’t going anywhere, and it will probably still outsell everything else in the United States in 2017. But Battlegrounds is the new game to chase. It’s what Ubisoft, Electronic Arts, and everyone else will be mimicking going forward. It is the new king of the shooters.