Hoping to reproduce the terror of fighting dinosaurs in the Jurassic Park films, CloudGate is immersing players in a jungle world where larger-than-life dinosaurs jump at you as you try to take them down with heavy infantry weapons. Already out for the HTC Vive and on Steam, Island 359 uses the Oculus Rift headset and Oculus Touch controls. Steve Bowler and Jeremy Chapman, the Chicago-based game designers behind the acclaimed The Brookhaven Experiment VR demo, built this dino hunt. 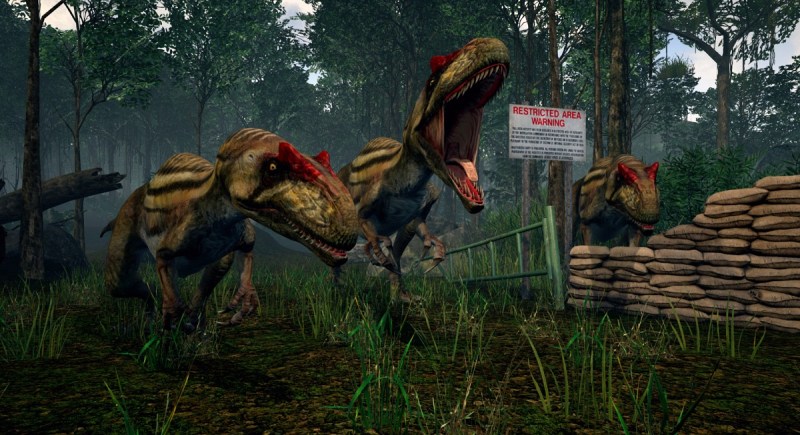 Above: The dinosaurs are deadly in Island 359.

CloudGate was founded in 2016 by Bowler, Chapman, and Mike Fischer, former president of the Academy of Interactive Arts & Sciences, and former executive at both Epic Games and Square Enix.

“I became a backer of CloudGate after seeing the great work this team did in creating the demo for ‘Brookhaven Experiment,” said Mike Fischer, chairman of the company, in an email. “Island demonstrates that a small team can create world-class triple-A experiences in VR when given the right resources and creative freedom.”