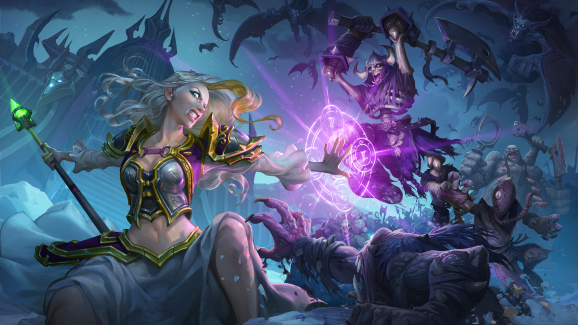 Knights of the Frozen Throne is the new expansion coming to Hearthstone in August.

The tavern is about to get a bit … chilly. And no, it’s not because of the silly horror of the Old Gods, the harshness of the Mean Streets of Gadgetzaan, or even the cold-blooded beasts from Journey to Un’Goro.

Death Knights are in town.

Knights of the Frozen Throne is Hearthstone’s next expansion, and it’s bringing 135 new cards, the Lifesteal keyword, and undead Death Knight heroes to Blizzard Entertainment’s market-leading card game at an unknown date in August. It’s also the first expansion to get single-player content, mimicking the old Adventure releases with missions that include a prologue, two wings of three bosses … and a meeting with The Lich King in the “chilling” climax.

Expansions are the lifeblood of Hearthstone. In January, research firm SuperData estimated that Blizzard’s card game brought in market-leading $394.6 million in 2016, and it’s predicting that the category could hit $1.4 billion in 2017. Hearthstone’s 70 million registered players dominate the market, and new expansions encourage its players — new and old — to buy card packs (at about $1.50 each). The publisher tends to offer preorder bonuses as well for packs, and it will for Frozen Throne at 50 packs for $50 — a popular option for players.

Let’s dig into what The Fronzen Throne is bringing to Hearthstone — and how Death Knights and Lifesteal change the card game. 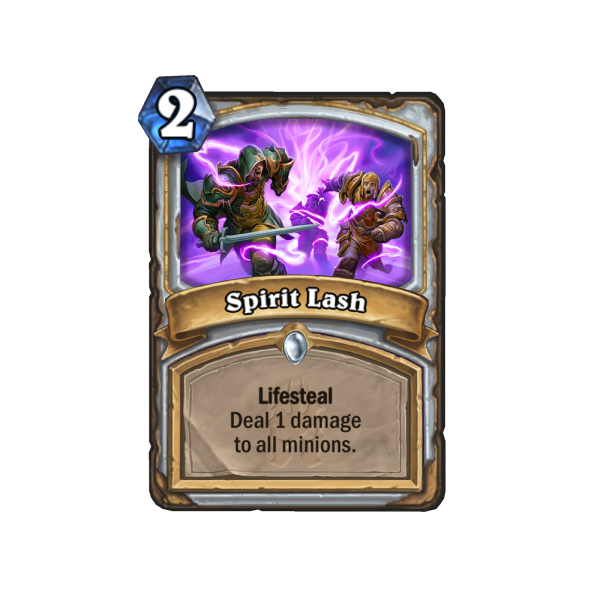 Above: Spirit Lash gives the Priest an early board clear. 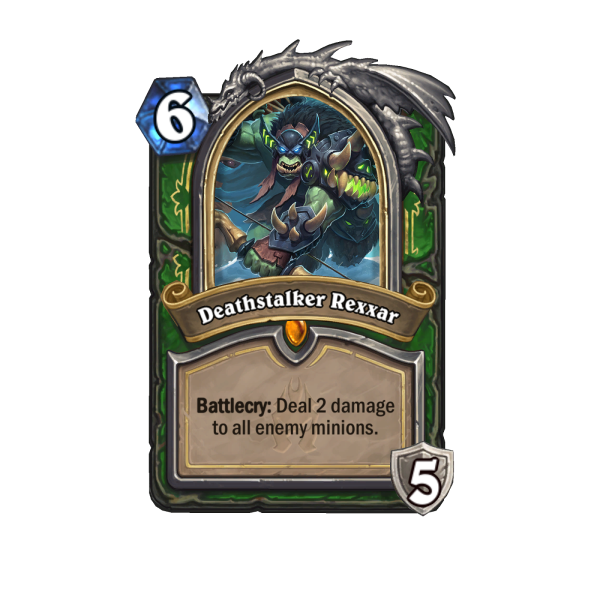 Above: Deathstalker Rexxar is the Death Knight form of Rexxar.

Hearthstone has flirted with small changes to heroes since its beta days. After all, the Priest has had Shadowform since the beginning, changing the hero portrait to a dark, shadowy image and transforming the Priest’s heal to a damage-dealing Shadowbolt, and the Warlock has had Jaraxxus, which replaces the hero and their power. Other cards, like the Warlock’s Renounce Darkness from Whispers of the Old Gods, gives the hero new cards and/or powers from another class or being (like the Warrior’s Quest from Journey to Un’Goro, which gives your Ragnaros’s random 8-damage fireball).

The Frozen Throne is playing with Hearthstone’s nine classes more than any other expansion with Hero Cards. Each class gets one of these Legendary cards, and they turn the hero into a Death Knight. This changes the hero’s power. Let’s look at Rexxar, the main Hunter hero.

Rexxar’s power is Steady Shot, which deals 2 damage to the opposing hero. But when you play the 6-mana Deathstalker Rexxar, you become a Death Knight. You gain 5 armor, and your Battlecry deals 2 damage to all foes. Sounds pretty good, huh? Well, it also changes your hero power to “Craft a Beast.” For 2 mana, you create a Zombeast. You choose one of three beasts as the base creature, and then you choose a second to buff the first, giving the original its attack, health, and keyword. In the example that Blizzard provided, the now undead Rexxar picked a 3/5 Stampeding Kodo and a 1/1 Stonetusk Boar, giving the new critter 4/6 stats, the Kodo’s Battlecry, and the Boar’s charge.

You can see how it works in this video:

According to a Blizzard spokesperson, “Each Hero Card has a Battlecry when played, which grants a new hero power, like when playing Jaraxxus, as well as Armor.” They also confirmed that these Hero Cards would appear in Arena drafts, too. 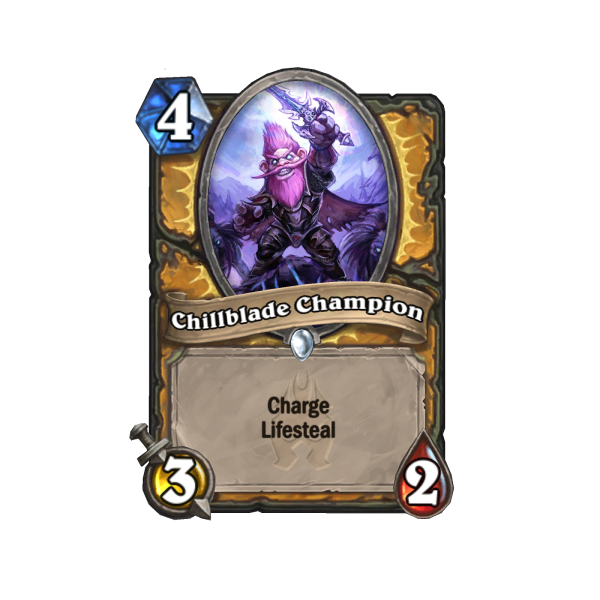 Minions can now heal their heroes when they attack thanks to Lifesteal. When an unit with this keyword attacks another minion or hero, its damage heals you. In the video, you can see the Paladin taking the Chillblade Champion, buffing it to give it 5 attack, and then receiving 5 health after it attacks the Pally’s foe.

Blizzard confirmed that Lifesteal is a keyword that will appear on minions as well as spells.

Right now, heals are precious in Hearthstone — fewer than 10 neutral minions can provide a hero with health. Lifesteal could be one way to address this, giving control archetypes a chance to survive against decks such as Pirate Warrior, Aggro Druid, and Token Shaman.

One Night in Karazhan, it turns out, was an excellent way for Blizzard to close out Adventures in Hearthstone. Starting with the second year of the Standard format, the studio decided to phase out Adventures in favor of adding single-player missions to large expansion sets. The logic here is that players would still get some things they can play solo while enjoying the larger card pools that come with expansions. The format we’re seeing for Knights of the Frozen Throne will be the idea going forward, a Blizzard spokesperson confirmed to me today.