Blizzard has excited many of Hearthstone‘s fans by announcing that its next expansion, Knights of the Frozen Throne, will take players to Icecrown Citadel. But if you’re one of the digital card game’s many players who doesn’t have much Warcraft knowledge, you might be wondering what the fuss is about.

Icecrown Citadel is the final raid (large dungeons that require many players to beat) in the hit massively multiplayer online role-playing game World of Warcraft’s second expansion, 2008’s Wrath of the Lich King. The Frozen Throne, where the Lich King controls an undead army, sits at its peak.

But Icecrown Citadel isn’t just a memorable piece of MMO content. It represents a culmination of a story that started in Blizzard’s last fantasy strategy game, Warcraft III. And for many, it’s a fond reminder of World of Warcraft back when it was at the height of its popularity. 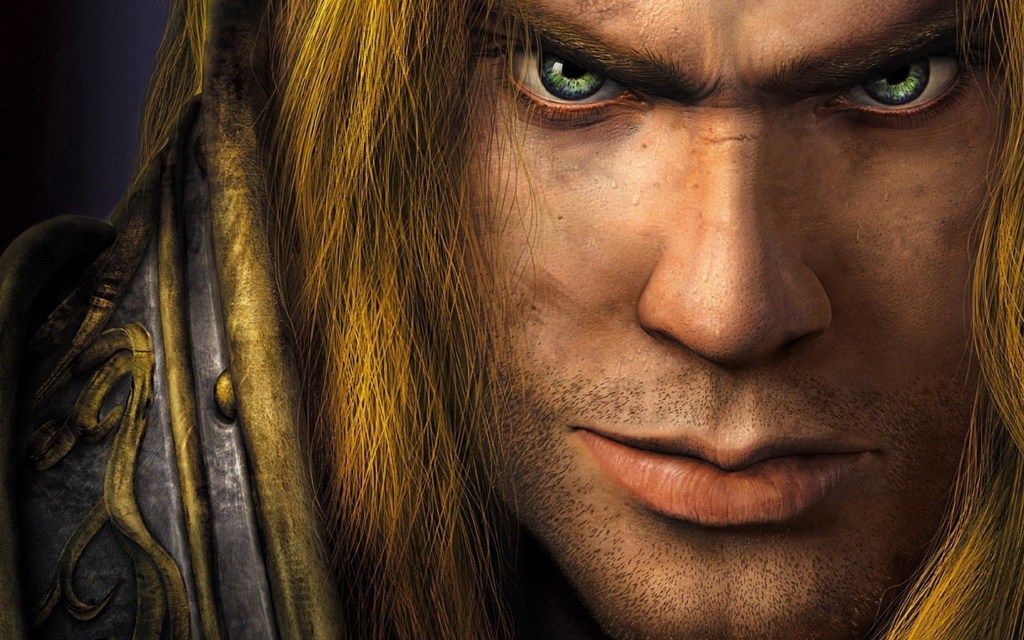 Above: Arthas before he became a jerk.

To understand why people care about the Frozen Throne, we have to go back to Warcraft III. It’s hard to remember these days, with the successes of World of Warcraft and Hearthstone, but the franchise was once all about real-time strategy gaming. Warcraft III was a huge hit when it came out in 2002. It introduced hero units, an idea that custom map-creators would use to create the MOBA genre.

But Warcraft III also expanded the franchise’s lore, introducing new characters like Illidan the demon hunter and the human mage Jaina Proudmore. And it also introduced us to Arthas.

Arthas was a human prince and paladin. Much of the plot in Warcraft III revolves around his initial quest to save his kingdom from a plague of undeath, a quest that would eventually lead to him taking up the cursed blade Frostmourne and turning into a death knight commander for that same undead army.

His story continued in Warcraft III’s only expansion, 2003’s The Frozen Throne. 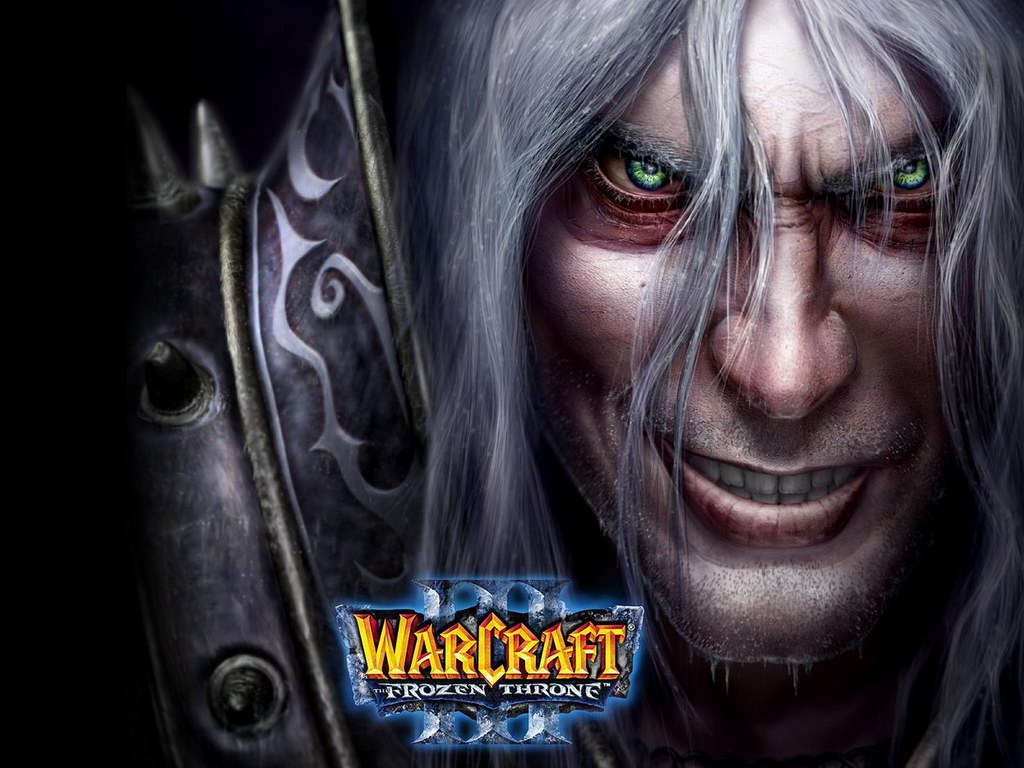 Above: Arthas a death knight.

Rise of the Lich King

The Frozen Throne’s campaign focuses on Arthas’s quest to Northrend and join with the Lich King. The Lich King’s origins are a bit convoluted. The Burning Legion, an intergalactic army of demons that wants to destroy entire worlds, turned the spirit of a dead Orc shaman, Ner’zhul, into the Lich King. His job was to raise undead armies and control them with telepathy. Ner’zhul sat in the icy grip of the Frozen Throne, which sat at the top of a peak in the northern continent of Nothrend.

Ner’zhul called out to Arthas, urging him to reach the Frozen Throne and free him while they merged as one being that could destroy stuff without having to answer to the Legion. Arthas goes on to do just that, shattering part of the Frozen Throne with Frostmourne and donning the armor inside it. Arthas and Ner’zhul then merge into one Lich King. The Frozen Throne ends with the image of the Lich King sitting on the Frozen Throne. 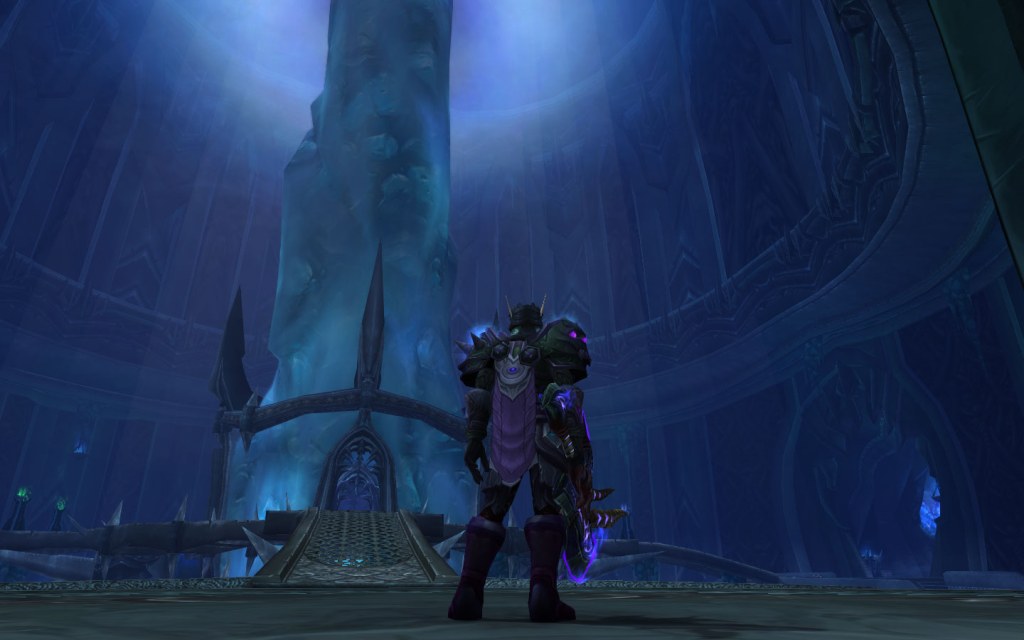 Above: The spire that leads up to the Frozen Throne.

At first, players did not hear from Arthas again as Warcraft evolved into its new online world. We were fighting dragons and traveling to the shattered planet of Outland to fight Illidan, but nothing came of the Lich King. It was the single biggest question mark left from Warcraft III. Players assumed Blizzard would have to address it.

And it would. Blizzard revealed that World of Warcraft’s second expansion would take players to Northrend and pit them against the Lich King (who was just as often called Arthas at this point, the Ner’zhul half of him ignored). The expansion also introduced the first new class since its release, the death knights. Death knights use ice magic, summon undead minions, and heal themselves with the blood of their enemies.

The Wrath of the Lich King was a huge hit, and it helped propel World of Warcraft to its most popular era, with subscription numbers reaching a peak of 12 million near the end of the Lich King campaign in 2010. Many players still hold a fondness for Wrath of the Lich King, with fan polls often voting it as the game’s top expansion. The death knight was a great new class, Northrend was a beautiful new continent, and we got to see the conclusion to the story started in Warcraft III. 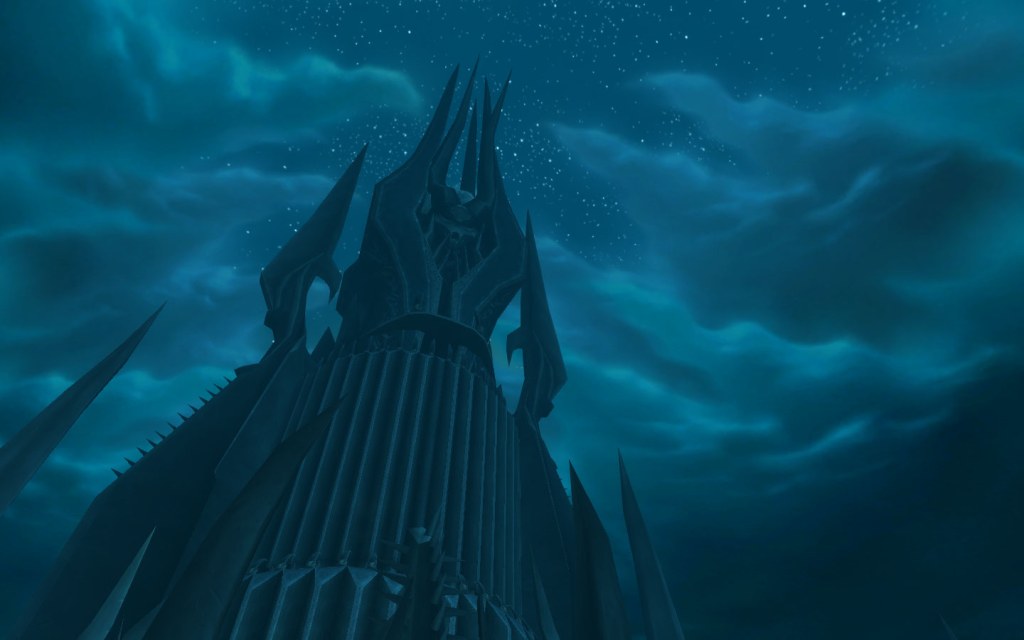 Above: Icecrown Citadel in World of Warcraft.

Arthas would show up at random to taunt players throughout Wrath of the Lich King, but players weren’t able to take the fight to him until the Icecrown Citadel raid went live in late 2009. Icecrown Citadel is a large tower that Arthas built around the peak that held the Frozen Throne. To reach Arthas at the top, groups of 10 player or 25 players had to fight their way up, going against memorable bosses like the mad scientist Professor Putricide and the undead dragon Sindragosa.

Learning and mastering these fights could take months, but the reward for patience and good play was a final showdown against Arthas at the top of Icecrown Citadel. There, the Lich King would descend from the Frozen Throne and fight the players. At the end (and with a little help from the paladin Tirion Fordring), you defeat Arthas, and a new Lich King, Bolvar Fordragon, sits on the Frozen Throne to keep the undead hordes from going berserk. 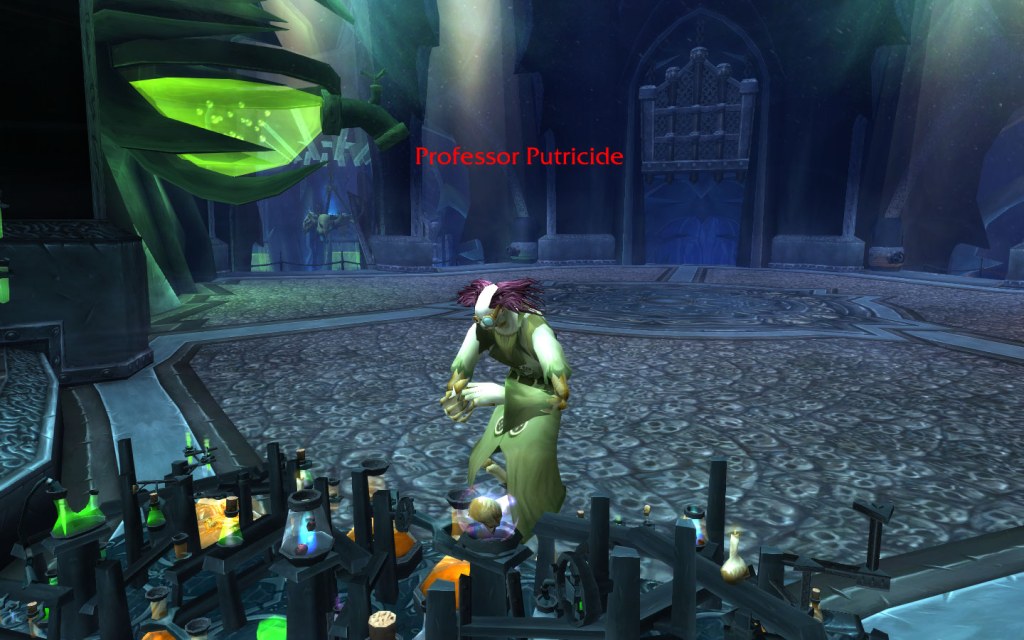 Above: Professor Putricide was one of the raid’s best bosses.

How this can make for a great expansion 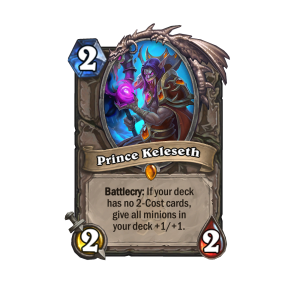 Above: No 2-cost cards? What, was this made for Arena or something?

These will include iconic encounters from the Icecrown Citadel raid, including Professor Putricide and Sindragosa. And we can also expect some of the raid bosses to show up as new cards, with Blizzard already showing off Prince Keleseth as a new Legendary minion.

And Knights of the Frozen Throne is also finally bringing death knights to Hearthstone. No, it won’t be an entirely new class. Instead, each of the game’s existing nine classes can play a new kind of card that turns their hero into a death knight, giving them a new Hero power, some extra armor, and triggering a Battlecry effect.

For Warcraft fans, this is a set we’ve been waiting for. Finally, one of the highlights of the entire franchise is coming to Hearthstone. And if it’s half as good as the World of Warcraft expansion was, this could be one of the digital card game’s best expansions ever.