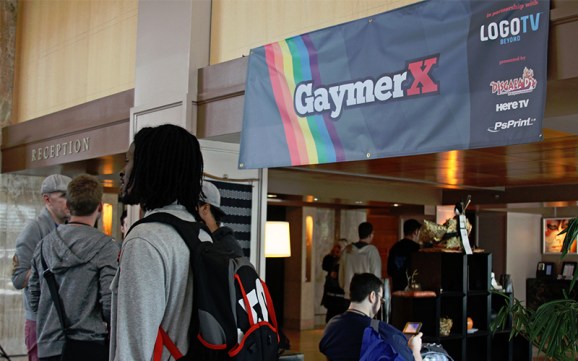 The first GaymerX in San Francisco.

GaymerX Foundation launched last year as the advocacy arm of the GaymerX conference, a series of games convention for developers and fans in the LGBTQIA (lesbian, gay, bi, transgender, queer, intersex, and asexual) community. Today, it announced that it’s officially a 501(c)(3) nonprofit organization.

The indie gaming studio MidBoss runs both the event and the foundation. It also developed the cyberpunk adventure game 2064: Read Only Memories that released in January and produced the 2014 documentary Gaming in Color, which explores the gaming industry through a queer lens. Gaming in Color raised a little over $51,000 via a crowdsourced Kickstarter campaign.

Diversity is a hot topic in the industry. Companies like Zynga have set up funds to encourage diversity at the University of Southern California, and livestreaming platform Twitch launched a campaign earlier this year to highlight inclusive channels on its front page. The annual event Game Devs of Color Expo, held its second conference this year and was sponsored by the Microsoft Xbox team. At last year’s GaymerX, a number of large corporations also had set up recruiting booths, including Intel, Blizzard Entertainment, and Ubisoft.

Because of its new nonprofit status, all donations to GaymerX Foundation are now tax-deductible, including those made through its page on the subscription platform Patreon. According to its site, the foundation’s mission is to provide grants to LGBTQIA developers, including access to resources and connections, as well as travel funds to attend events. It also seeks to host meet-ups and events, and to elevate the visibility of games that are either by queer developers or touch on topics important to the community.

In addition to the annual GaymerX conferences, this year MidBoss also hosted its first-ever GXdev, a 24-hour game jam where developers came together to create short games centered on LGBTQIA themes.