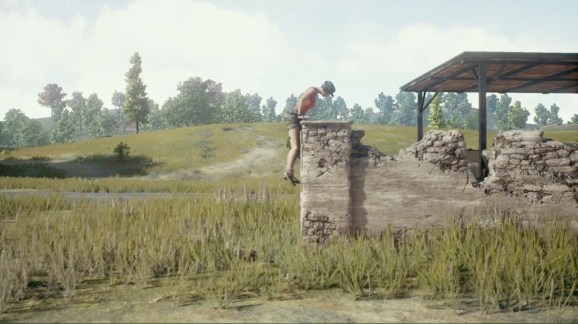 I’m playing way more PlayerUnknown’s Battlegrounds than is good for me, but it keeps delivering one memorable moment after another with every match. Over the past couple of days, I’ve come away with enough clips involving me and my friends that I could do my own collection of highlights. So I am.

Below, I’ve gathered a handful of my personal favorites from the last-man-standing online shooter. Watch me do work with a Groza, see a murderbot succeed in its mission, and witness the wrath of the fence god.

What is nuts is that all of these moments came from my matches or those involving my friends. Battlegounds isn’t just a shooter where you’re playing to win, as it’s also about the notes in between — thje Bluehole studio built it that way. Because Battlegrounds has a lot of downtime between the chaotic starts and the stressful finishes, it gives you or your squad plenty of opportunities to misbehave. While I haven’t won a squad game yet (I’m up to three solo chicken dinners, which is what Battlegrounds calls wins), I’m still having a brilliant time because of all the insane things that rush into the vacuum of a PUBG match.

Let me show you.

The Groza is gnarly

This isn’t a funny moment, it’s just one of my more badass encounters. In Bluehole’s recent update, the studio added the Groza assault rifle, which only appears in air drops. I was able to grab one. It is very good.

Here’s me using the Groza to take out three-fourths of a team on my own:

This jeep belongs to no man

When you are facing down another squad as the last-man standing on your team, you don’t have a ton of options that will lead to your survival. One option is to steal a group’s jeep when you find it … just make sure that you pray to the fence god before trying to pass through his gates.

Murderbot knows what to do

One of the “people” I play with is Henry Mark IV. He role-plays as a robot that despises humans, but he plays with a group because it enables him to kill more of us. Sometimes that goes wrong — like when he was playing with author and screenwriter Gary Whitta: