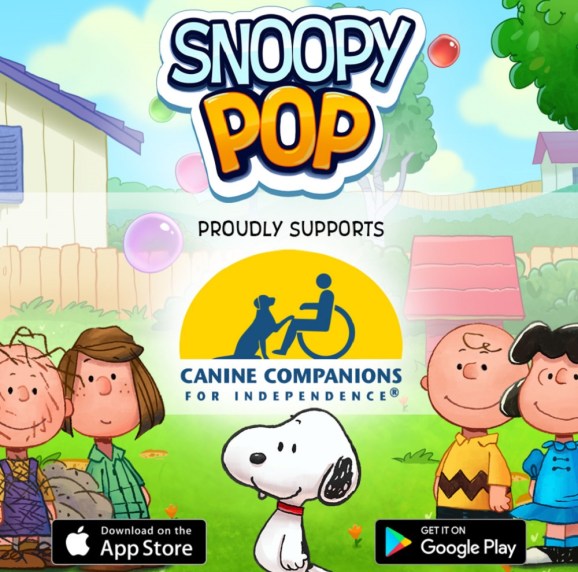 Jam City, maker of Snoopy Pop, is making a donation to Canine Companions.

The game is part of Jam City’s ongoing bet that big brands such as Peanuts and Futurama will help it generate sustainable, long-lasting hits that fans come back to over and over again. On June 29, Jam City launched its Futurama: Worlds of Tomorrow mobile game with content from creator Matt Groening.

Additionally, Jam City also said it would make a $100,000 contribution to Canine Companions for Independence, the largest provider of assistance dogs for children, adults and veterans with disabilities. That charitable initiative will show up in the game, giving players a chance to donate as well, and it fits in with the larger awareness and responsibility that goes with adopting a global brand such as Peanuts, said Josh Brooks, senior vice president of brand marketing at Jam City, in an interview with GamesBeat.

“We haven’t done a program like this one before, and it is part of portraying the brand in the right way,” Brooks said. “We believe the game is fun and we hope it lives up to what Charles M. Schulz has done.”

In Snoopy Pop, you try to rescue Woodstock and his flock of birds who have been trapped in bubbles. The free-to- play game is available on iOS and Google Play.

Josh Yguado, cofounder and president of Jam City, said in an earlier interview that adding an iconic brand such as Peanuts helps a mobile game get noticed by fans. And many of these fans will return to the app every day because they can’t get enough of the content. That helps the game spread more quickly and monetize better as well. Since the brand is so well known around the globe, the company doesn’t have to advertise as much as it otherwise might. 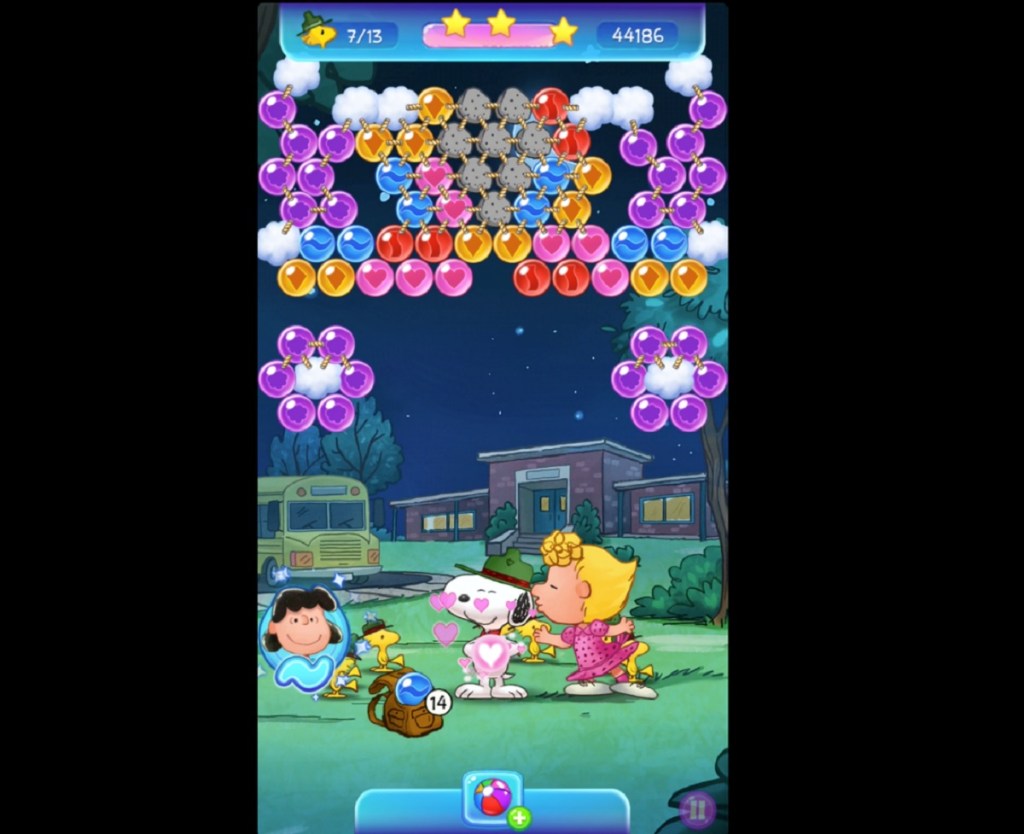 “We want our games to have a healthy balance of brands and our own intellectual property,” Brooks said. “Having licensed IP is beneficial, and developing our own brands means a lot to our company.”

Is the strategy favoring brands working? In its first 10 days of release, Futurama: Worlds of Tomorrow surpassed three million worldwide downloads, which was about 30 percent higher the first 10 day downloads of Jam City’s most recent original IP title, Cookie Jam Blast, launched in May of this year, according to an analysis by mobile measurement firm Sensor Tower.

Sensor Tower said that Futurama’s 10-day revenue was more than $500,000, which is approximately the same as the first 10 days of revenue for Marvel Avengers Academy following its worldwide release in February 2016.

“Snoopy Pop is just the type of interactive experience that we love, that bridge Peanuts into this new digital age,” said Roz Nowicki, executive vice president of Peanuts Worldwide. “We are also thrilled that Jam City is supporting Canine Companions for Independence, a charity near and dear to the hearts of both Charles and Jeannie Schulz. The demand for highly trained assistance dogs is ongoing and growing and this will help CCI bring additional dogs to those in need.”

Jam City is thriving on the likes of Cookie Jam, Panda Pop, and Family Guy: The Quest for Stuff. It has more than 50 million players a month, and its games have been downloaded more than 800 million times. Jam City has six of the top 100 highest-grossing games in the U.S. on iOS and Android. Jam City CEO Chris DeWolfe said in a recent interview that the company is targeting revenues of $450 million in 2017. The company has more than 500 employees.