The LiquidSky 2.0 beta on Android fulfills one of the promises of cloud gaming, the company said, by enabling gamers to play their high-quality PC games on mobile hardware that wasn’t designed to run them. It does so by running the game in the cloud and streaming the images to the smartphone or tablet in an efficient way, said Jason Kirby, chief revenue officer at New York-based LiquidSky. That means players can enjoy high-end games that they have already purchased on PC stores such as Steam, and then play them without having to buy expensive gaming hardware.

“We are in the six figures of activity based on our PC app alone,” Kirby said.

LiquidSky delivers a full Windows PC experience via the cloud that, while gaming optimized, supports all native Windows applications.

“LiquidSky is incredibly excited to offer the thrill of PC gaming to a vast audience around the globe that was previously without access to capable gaming PCs,” said Ian McLoughlin, LiquidSky’s cofounder and CEO, in a statement. “We believe the world is going mobile and, until today, mobile gaming meant compromise. Not anymore. The new LiquidSky Android app offers the same features and PC desktop capabilities of our cloud-based technology, but leverages the portability and prevalence of tablets and smartphones, making PC gaming truly possible anywhere, anytime, on billions of devices.”

LiquidSky customers can access their entire gaming library from any of the popular storefronts – such as Steam, Blizzard, Origin, GOG, Humble Bundle, Green Man Gaming, and more. They can run those games on their Android phone or tablet. 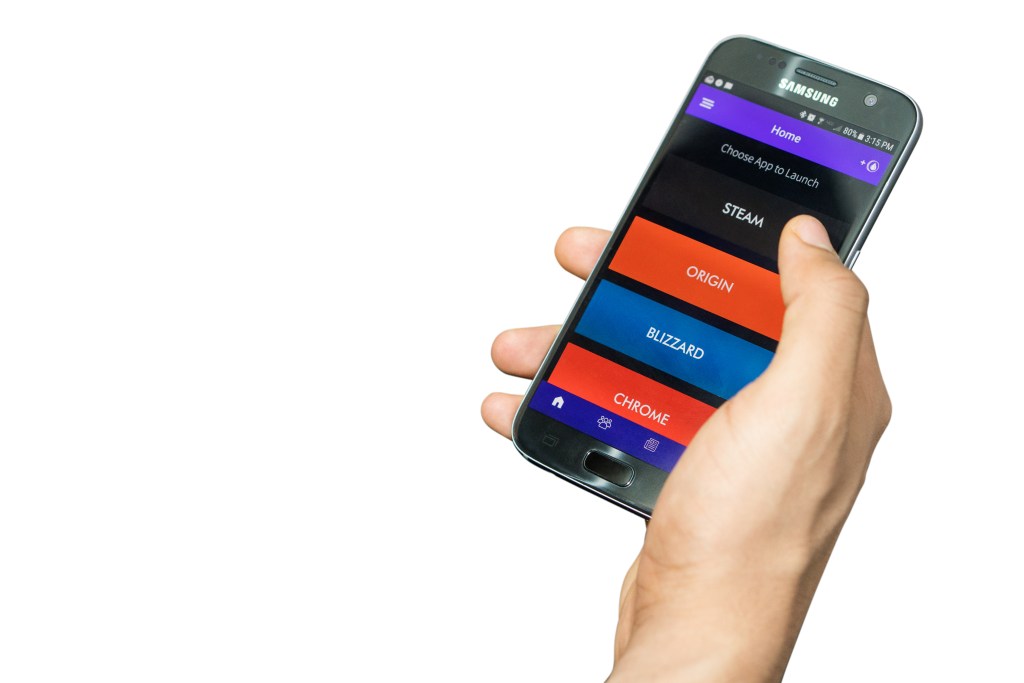 Above: Your PC games just got liberated.

The 2.0 Android app replaces one that LiquidSky shelved in March. That app was available for about a year, but LiquidSky decided to shelve it and replace it with better technology, Kirby said.

But you don’t really want to play PC games using your finger on a touchscreen. The LiquidSky app supports a growing variety of controllers including Android-specific and popular Sony and Microsoft console compatible controllers.

If you just want to try out the LiquidSky service, you can play for free on an ad-supported version. Or you can pay-as-you-go with service plans that start at $10 or pay on a monthly basis at $20 a month. The payment plans now offer up to 500 gigabytes of cloud storage and 10 gigabytes per second download speeds for as little as 25 cents per hour. 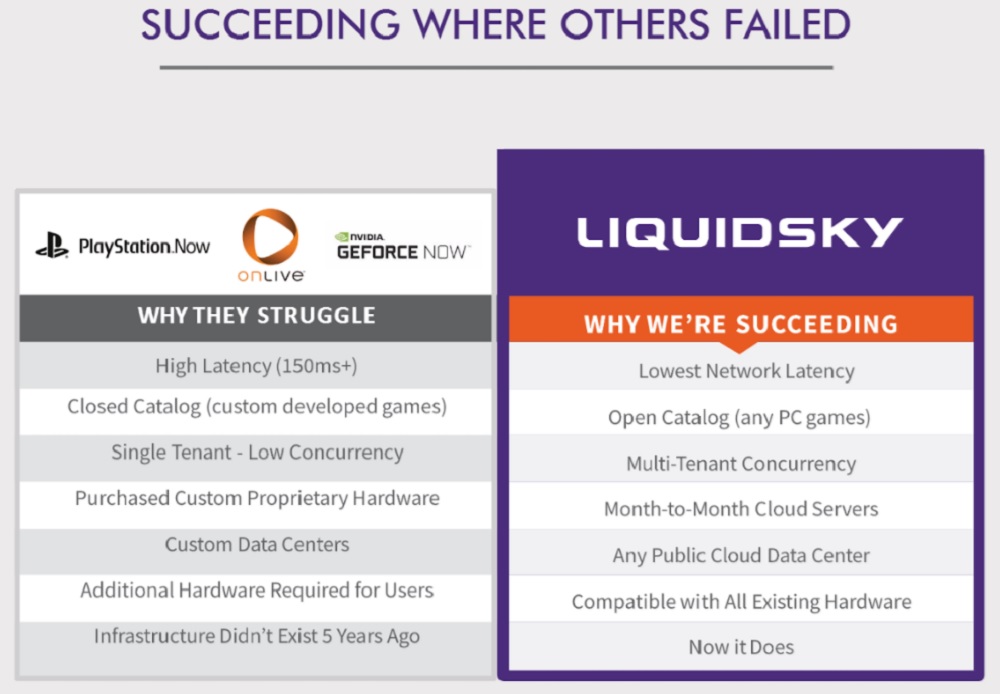 Above: LiquidSky claims it is better than older cloud-gaming solutions.

LiquidSky targets the people who can’t afford expensive PC hardware, as well as those who have good gaming systems but want to take their gaming experience on the road.

LiquidSky connects users to a SkyComputer — a fully-featured Windows gaming PC in the cloud — using the platform’s extremely low-latency algorithm, which company says is its secret sauce. From the SkyComputer, users can download games from any storefront they choose from their existing libraries, as well as install standard applications, at a SkyComputer performance level of their choosing for 1080p gaming at 60 frames per second.

That’s the same kind of promise that OnLive made. Cloud gaming suffered a big decline when OnLive crashed in 2012, and shut down in 2015. That soured a lot of people on cloud gaming, but LiquidSky believes huge advances have been made in data center server infrastructure since that time, Kirby said. LiquidSky partnered with IBM to build its own custom cloud solution.

LiquidSky has raised $8 million to date from investors including former Sun Microsystems CEO Scott McNealy, and it has 35 employees.