It’s been a full year since Pokémon Go’s meteoric rise last July, and it still speaks to a group of loyal fans. And according to mobile analyst Sensor Tower, the fans that are spending the most dollars are in Japan.

The mobile game has reached $1.2 billion in lifetime revenue, and nearly 329 million downloads in the Apple App Store and Google Play store combined. The U.S. remains Pokémon Go’s largest market, leading with $424 million spent on in-app purchases, while Japan showed $318 million. However, Sensor Tower found that Japanese players are spending an average of $26 per download compared to U.S. players, who spend an average of $7.70. 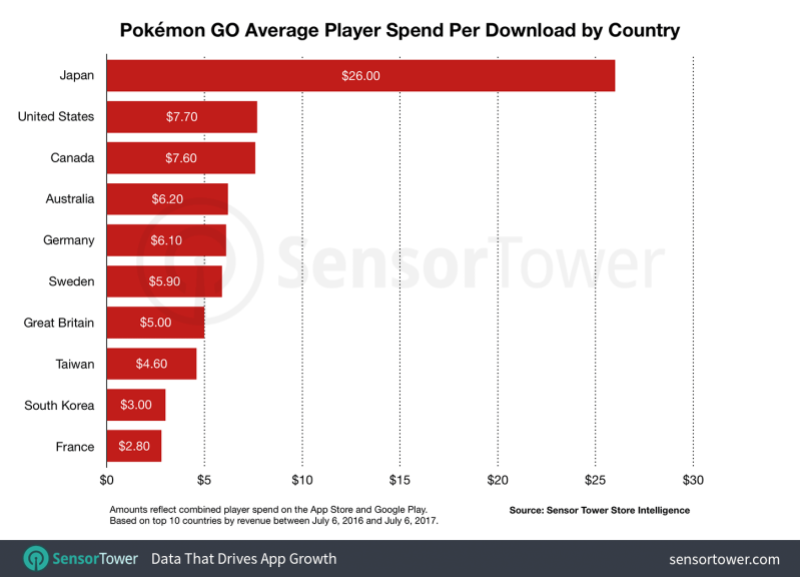 Sensor Tower also compared the Pokémon Go numbers to the dollars per download seen with Supercell’s Clash Royale. There, Japanese players nearly matched U.S. players, spending an average of $23 per download versus $22 per download.