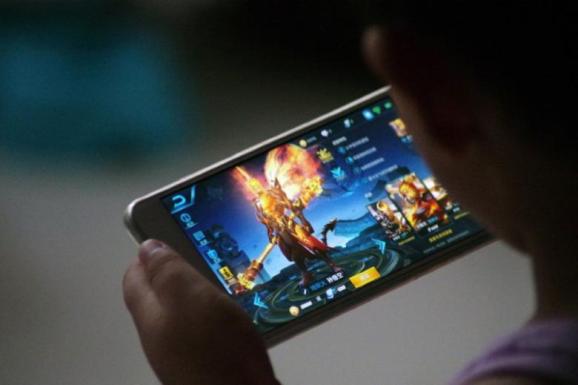 A child plays the game "Honour of Kings" by Tencent at home in Dezhou, Shandong province, China July 2, 2017.

Two-thirds of the world now has a mobile phone in their pocket, and apparently a lot of them are spending money on games. A new report from industry analyst DFC Intelligence found that mobile games revenue exceeded PC and console revenue for the first time ever in 2016.

The mobile games market grew 32 percent to reach $38 billion last year, and according to market analyst Newzoo, will reach $65 billion in 2020. In China, tech giants Tencent and NetEase both doubled their revenue. NetEase overtook Tencent as the No. 1 mobile publisher last year, but Tencent is still the largest gaming company in the world and has a huge presence in not just mobile but in the PC gaming world as well with subsidiaries like League of Legends studio Riot. It reported a 58 percent increase in Q1 this year and is currently valued at $316 billion.

DFC examined over 30 companies in its report, and found that casual and social casino games have started to peak in the mobile space. Now the market will move toward increasingly complex games, which means that there will be even more crossover from PC and console publishers moving forward.

DFC taps Activision Blizzard and Electronic Arts as the ones to watch on small screens for significant growth in the future. Both show up in the 2016 top mobile publishers ranking by market researcher AppAnnie, with Activision at No. 5 and EA at No. 13. Activision’s revenues were $6.61 billion last year, up 42 percent from 2015. This was due in part to its acquisition of the hugely successful mobile studio King, which developed the smash hit Candy Crush.