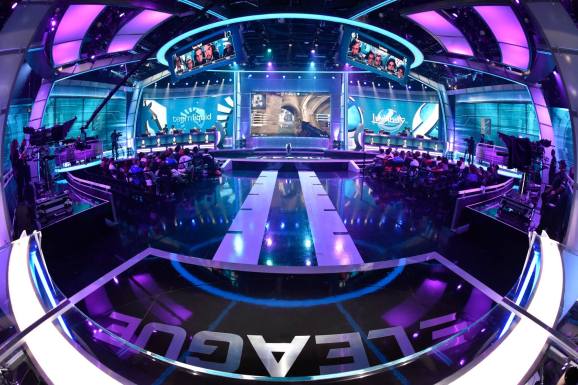 NBC Sports announced recently that it will spend millions to broadcast Rocket League this summer, a vehicular soccer game developed and published by Psyonix, making NBCUniversal the latest big brand to find its way into the esports world. Television networks like NBC Sports Network and mainstream consumer brands crave access to a younger demographic, something esports can provide. Getting those viewers and turning them into sponsor and advertising dollars, however, is another story.

So far, esports has seen limited activation by mainstream advertisers and sponsors. There have been some exceptions, though. The League of Legends World Championships are sponsored by Coca-Cola, while insurance company GEICO has made a big push into esports by sponsoring teams and events. Turner Sports, which broadcasts its ELEAGUE nationally on TBS, has pulled in sponsorship dollars from major brands such as Domino’s, Snickers, Buffalo Wild Wings and Arby’s.

While this is a strong start, why haven’t we seen even more movement by mainstream consumer brands into the esports space? There are several reasons.

While esports competitions have been promoted for years, it has just recently pierced through mainstream media. Most brand managers, conservative by nature, hesitate to risk their company’s image on something that is “new.”

Brand managers tend to take two approaches to new opportunities — there are the early adopters and the laggards. The early adopters want to take risks on new and trendy concepts in order to appear cool. The laggards will want to wait and see if esports sticks before they risk their budgets and careers.

As esports continues to appear in mainstream media and generate brand awareness as a sport, its credibility will increase. This will allow brand managers to become even more comfortable dipping their toe into the esports space.

If not exposed to a live event or online competition, it’s difficult for brand managers to conceptualize rooting interests of fans and avidity to esports. “Why would I watch someone play a video game?” is a common question from those who have had no previous exposure to esports. And that presents a problem because brand managers make commercial decisions based on their current knowledge base.

Often they are familiar with stick-and-ball sports because they grew up with these games or attend such events themselves. That ingrained understanding of legacy sports along with established, measurable results from past campaigns makes it easy to dismiss something they don’t understand like esports.

Finding ways to help brand managers understand and relate is crucial for esports. For example, instead of watching the only NBA game available to you in your local television market, you can surf to Twitch to watch whatever game you want. How often do you get to interact with the stars of traditional sports, and watch them casually play their game? With esports this access to star players is a daily occurrence and of huge potential benefit to brand managers.

However, in the end, the “facts” about esports will eventually mold the opinions of brand managers about the value of this competition category. It’s a very valuable audience for many brands. It’s a young audience with 68 percent of esports viewers are under the age of 35, according to the Esports Ad Bureau. The audience is affluent with almost a third of viewers earning $75,000 or more annually. Finally, it’s an audience open to trying and sampling new products with 41 percent of esports event attendees reporting that they’re extremely interested in potentially switching to a new product or service. In marketing, this surely constitutes a target rich environment.

Generally, most brand managers at larger companies come from the baby boomer or Gen X cohorts. When these marketers were teens, gaming was far less pervasive. Boomers in college went to a student union or video arcade to dish quarters into stand-up arcade machines. While playership was something these generations enjoyed, that the experience was very different from that of the PS4/Xbox One playing college student of today in terms of hours played, game avidity and the overall video game lifestyle.

Since brand managers did not grow up with today’s gaming lifestyle, they have been slower to recognize the strong value of esports. Too many of them discount esports’ commercial value as mere kids’ entertainment. For example, less than three years ago, ESPN President John Skipper said the following about esports: “It’s not a sport, it’s a competition. Chess is a competition. Checkers is a competition. Mostly, I’m interested in doing real sports.” Less than two years after that quote, ESPN launched a full esports vertical for coverage.

The obvious question remains – how does esports as an industry get beyond these hurdles to encourage even more sponsorship from the biggest brands in the world?

The cure is better communication through public/media relations and social media regarding the reasons and passions underlying esports fandom. In addition to the fact that the esports audience is affluent and young, it is also quite a large and growing with Newzoo estimating the global esports audience at 385 million people, including 191 million enthusiasts and 194 million occasional viewers. It’s a growing audience because esports is a highly social and committed lifestyle. For instance, in a recent survey by Mindshare, 49 percent of esports enthusiasts report spending most of their free time around esports. The stereotype of a single viewer huddled over a monitor in a dark room is also incorrect. Sixty-seven percent of esports enthusiasts say they’ve made new friends through this lifestyle and prefer to watch practice and events with friends and family. Why? Because the vast majority (71 percent) say watching esports makes them better video game players.

If esports stakeholders can communicate why fans enjoy esports and bring these reasons to life, brand managers will begin to understand this market better and spend their sponsorship and advertising money accordingly.