London-based WaveOptics has raised $15.5 million in a second round of funding for its augmented reality display technology.

The round was led by Gobi Ventures, Touchstone Innovations (with a $4 million contribution), Robert Bosch Venture Capital, and Octopus Investments. AR is expected to be a $83 billion market by 2021, according to tech adviser Digi-Capital.

“WaveOptics is reinventing the AR market by developing a series of new AR display tech that enables a wider field of view and brighter full colour images — a unique combination in today’s market,” said Martin Harriman, chairman of WaveOptics, in a statement. “This funding round further accelerates development of our industry-leading technologies and enables us to launch programs in new markets and territories. We are excited about the team of investors we have on board who share our vision.”

The company said the round is the biggest of its kind in the United Kingdom this year.

WaveOptics is developing optical waveguide technology and modules for augmented reality heads-up displays. Such displays allow people to view the world around them overlaid with data relevant to what they are seeing.

Robert Bahns, director of technology investment at Touchstone Innovations, said in a statement, “WaveOptics has made significant technical and commercial progress since the investment round we led in October 2015, with very positive feedback from industry on its initial beta products. This new funding will allow the company to complete its product development and position itself as a leader and key technology enabler of highly compelling AR experiences.”

While a number of major manufacturers are building the full AR systems (including the optics, sensors, camera, and head-mounted unit), WaveOptics is focused on developing the underlying optics to deliver an enhanced AR experience.

The core of the WaveOptics technology is a waveguide that is able to channel light input from a micro display positioned at the periphery of a lens made of glass — or in the future, plastic. Unlike conventional technologies that rely on cumbersome prisms, mirrors, or scarce materials, WaveOptics’ optical design harnesses waveguide hologram physics and photonic crystals, which enable lightweight design with good optical performance, the company said.

“Until now, there has not yet been a mass market product,” said Martin Harriman, chairman of WaveOptics, in a statement, “We’re confident that we can capitalize on the expansion of the market. WaveOptics is the only AR company in the world right now that has solved an industry-wide challenge — the display element of AR that provides a compelling visual performance, possesses a compact form factor, and is inexpensive to manufacture at scale.”

The company was founded by Sumanta Talukdar and David Grey in 2014. 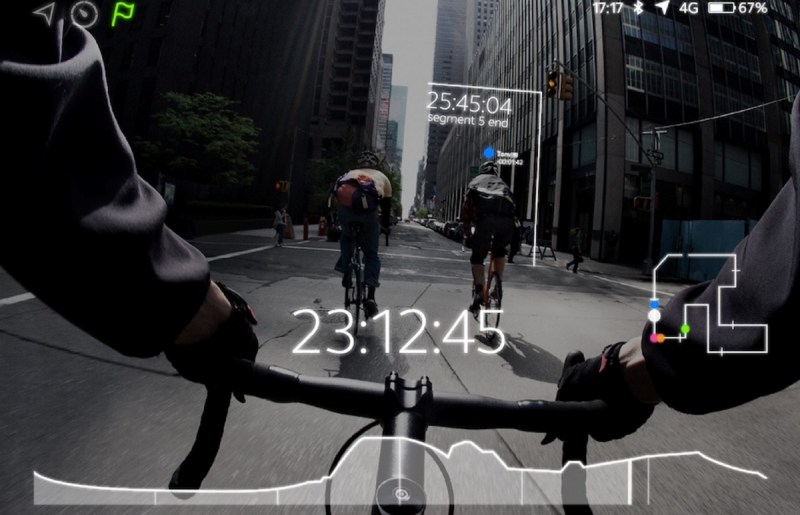 Above: WaveOptics tech can be used in AR displays for bikers.