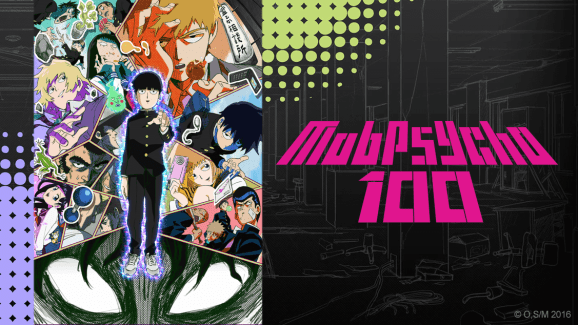 Soon you’ll be able to get your anime fix on the livestreaming platform Twitch, which just partnered with the anime hosting site Crunchyroll for a 5-day marathon starting on July 27.

Though Twitch is known primarily for games, it’s also made a push into non-gaming content such as its video-blog section IRL. It also features channels for creative streams, like art and music, and it’s held successful non-gaming marathons before. In 2015, it streamed 403 episodes of Bob Ross’s The Joy of Painting, which drew 5.6 million viewers. Earlier this year, it broadcast Mister Rogers’ Neighborhood for 18 days. This is its first anime marathon, and according to Twitch’s director of emerging content marketing Annie Berrones, it’s expecting a warm response.

“Anime content on Twitch always sparks a lot of positive feedback from our community given how gaming and anime culture have borrowed a lot from each other,” said Berrones in a statement.

The complete list of streamed shows that will be in the marathon will be released on July 21. So far, it includes titles like Yuri on Ice, Mob Psycho 100, Rokka: Braves of the Six Flowers, and Miss Kobayashi’s Dragon Maid. Yuri on Ice is a fan favorite, winning the Anime Fan Award at the Tokyo Anime Award Festival as well as the Crunchyroll Anime of the Year Award. The popular ice-skating anime concluded late last year, but while it was on air, it developed a huge fan following and an outsize social media presence. According to news site The Daily Dot, over 1.4 million tweets were posted on Twitter about it in the month leading up to its finale.

Crunchyroll reports that it now has over 20 million registered users. It had a record year last year with 36 percent growth in paid subscriptions, and now boasts over 1 million paid subscribers. It has distribution and licensing deals with companies like Kadokawa Corporation, whose subsidiaries published smash hit shows like Cowboy Bebop. In addition to hosting anime, Asian dramas, and manga (Japanese comic books) on its site, Crunchyroll also recently started selling episodes on the PC gaming platform Steam.