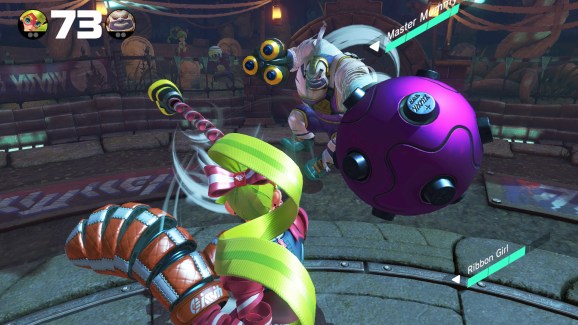 The Nintendo Switch dominated the best selling games in June, according to the industry-tracking firm The NPD Group. In terms of physical games sold, 3 of the top 5 best-selling games last month were Nintendo titles.

Arms, the punchy fighter that launched mid-June, takes the No. 2 spot with more than 256,000 copies sold both physically and digitally. No. 4 goes to Mario Kart 8 Deluxe, which launched on April 28 and sold over 180,000 copies last month. Nintendo’s first big title, The Legend of Zelda: Breath of the Wild, is No. 5 and sold over 145,000 last month.

The Switch was strong right out of the gate, quickly becoming the top console in the U.S. To keep players hooked, Nintendo announced a robust release schedule for the rest of the year, including a mix of indie games, sequels like Splatoon 2, and anticipated titles like Mario + Rabbids: Kingdom Battle.