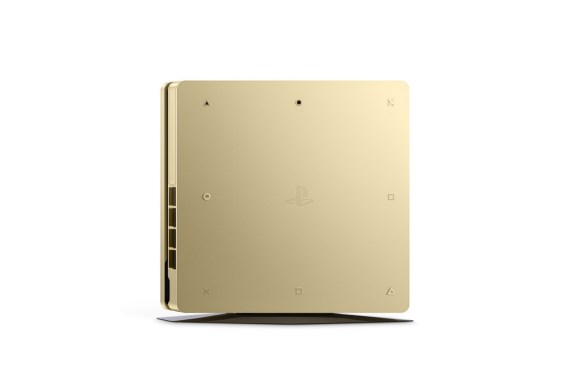 Sony gets the gold by selling the gold.

Sony introduced a new model of its of its slim PlayStation 4, and that juiced sales for the console in June. The PS4 was the top-selling hardware platform last month ahead of Nintendo Switch or Microsoft’s Xbox One, according to industry-tracking firm The NPD Group. The new gold 1TB slim PlayStation 4 drove those sales and led to the best June ever for PS4 system sales.

Sony launched the gold PS4 slim for $250 on June 9. That was a limited-time discount, and the system now sells for $300. That sale price combined with the new hardware color clearly created a sense of urgency in fans, and that led to a rush on Sony’s console.

That doesn’t mean that Nintendo Switch sales are slipping. The hybrid home/handheld console is likely still supply constrained as consumers are still having some troubles finding units in stores. Overall, however, the hardware market is in a relatively strong place with gamers still spending money on new consoles.

“Year to date, hardware spending has grown 19 percent versus 2016 to $1.4 billion,” NPD analyst Mat Piscatella said in a statement. “The Nintendo Switch has been the catalyst for year-to-date growth.”