GamesBeat: From what you showed, some people concluded that this is a Diablo-like game. Is that a fair description?

Foe: We never mentioned the name Diablo, I believe. IGN did. Really, the game is Barbaric. It’s a lifestyle dungeon crawler. It’s a dungeon crawler that can be played in very fast sessions with you and three friends. It features procedural content and permanent death. It was meant to be played over lunch or to be that Friday night game for you and your friends. You’ll never get into that standard action-RPG problem of you’re level 20, and I’m level 50, so we can’t play. It’s session based. Characters start from scratch every time. You’ll be satisfied with the results.

GamesBeat: Where do you stand as far as how close you are to completion?

Foe: We’re shooting for early access in the fall of 2017, toward the end of this year. We need to develop with the community’s voice. We want to make sure we can guide this production with the help of the players and give them exactly what they want. We’re excited to get this into people’s hands quickly. 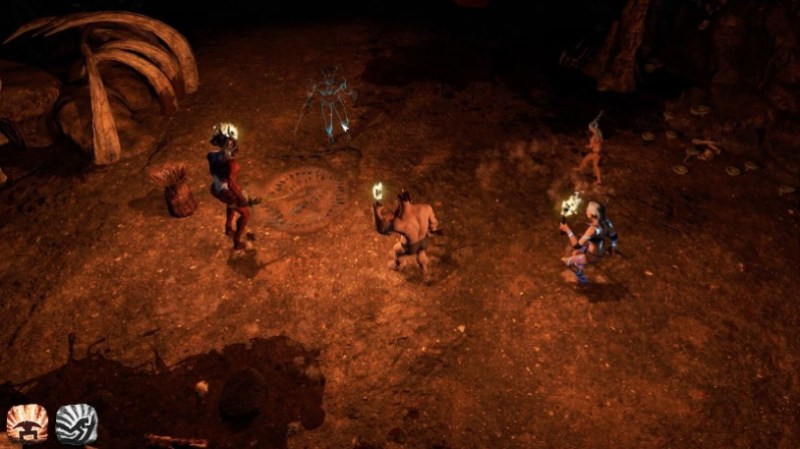 Above: Barbaric has Diablo style gameplay.

GamesBeat: Have you shown more than the one video now?

Foe: We did the director’s commentary with IGN, which has me with Ryan McCaffrey talking about the game. We also have a pre-alpha first look on our own website, which is pure gameplay footage showing off the real-time skill-based combat and other facets of the game. The thing I’m particularly proud of — we have this thing we call the Adventure Architect. It’s our AI game master. It’s capable of generating more than 50,000 puzzles to solve. The game isn’t just all combat, although that’s an awesome part of the game. We also have AI puzzle design. That all comes together for more than 100 billion adventures possible with the content we have planned for launch. That’s not hyperbole. You could play 100 million years and never see exactly the same thing twice.

GamesBeat: In the wider market, do you guys have a critic’s point of view of this particular segment, or the roguelike genre? Does your criticism of the market drive some of the decisions you’ve made in this game?

Foe: Don’t you know everybody’s a critic [laughs]? This game, again, is dungeon crawling, but it’s the Cirque du Soleil of dungeon crawling compared to Ringling Brothers. It’s not to impugn other games out there. We’re just serving a need that people didn’t know they had.

GamesBeat: It seems like the kind of game that has an interesting opportunity. It’s an area where we’ve seen a revival happen lately.

Foe: It’s very clear, yeah. When you look at the market and see roguelikes selling more than a million units each, and then you look at your product management graphs and wonder where are the multiplayer roguelikes — it’s a huge hole in the market. When you factor in the rise of lifestyle gaming, the fact that Overwatch is eating the lunch of every other shooter, League of Legends being the biggest game in the world, there’s definitely room for the lifestyle dungeon crawler. That’s what we’re giving people. 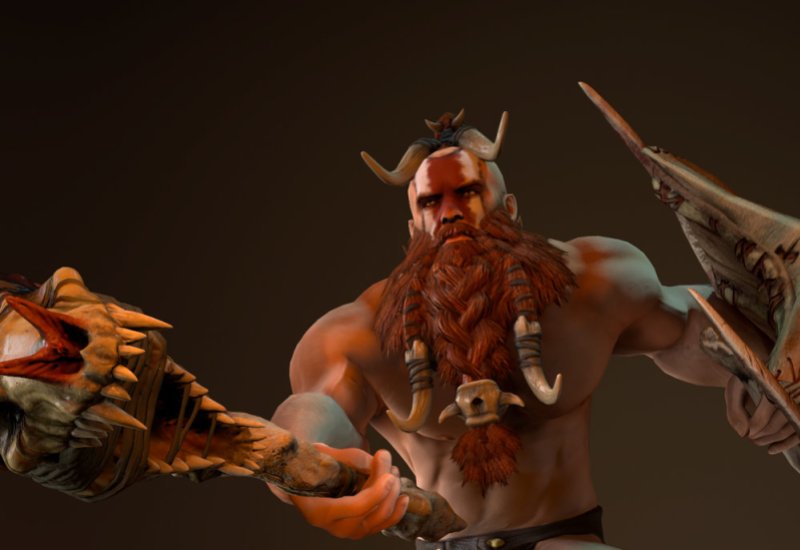 Above: Barbaric character Edrik is a Stoneborn chieftain.

GamesBeat: As one of the main creators here, what’s your role? Who are some of the other people in key roles on the game?

Foe: I’m the game director. The company reports to Alessandro, but the game reports to me. Alessandro is our CEO and art director. He also shared an Academy Award nomination for Shrek, I think. He was VP of art at Activision Blizzard back during the Call of Duty/Skylanders/Guitar Hero days. His industry resume is very deep. We have Derek Williams, who is a brilliant programmer and kind of our de facto CTO. He’s director of technology. He’s worked at Ubisoft and other places. He worked on Renderman, which is what Pixar uses to put their movies together. Then, we have Russell Larson, our senior gameplay programmer. Everybody is key, though.

We’re using Unity, and Alessandro and Derek have been able to push Unity so far. The entire game is based around these amazing torches and the light they give off. The things we’re doing with lighting Unity, volumetric fog — in my personal opinion, it’s one of the five best-looking Unity titles of all time. We have more than 300 animations per character. The fidelity is just outrageous. I know consumers don’t really care what platform you use, but Unity has been great for us.

GamesBeat: Which route are you going as far as publishing? Is Sega the publisher?

Foe: No, independent means independent in this case. If we never do a publishing deal, one of the studio’s goals will be achieved, unless it’s some kind of Godfather offer we can’t refuse. We’ll definitely be on Steam to start, but we aren’t ruling out any other platforms at this point.