PlayerUnknown’s Battlegrounds is the biggest PC game in the world right now. Of course, that’s not exactly true because more people are still playing Dota 2 or League of Legends, but this is the closest any game has come in a while to getting into the conversation with those perennial champs.

Last weekend, PUBG — as fans tend to call it — beat Grand Theft Auto V’s all-time high for concurrent players on Steam with 382,779 people all online at the same time. That’s a massive number that is enough to make it the No. 4 most simultaneous players in the history of Steam. It’s also only behind Fallout 4 in terms of non-Valve releases.

With that level of success, however, you can maybe start waiting for the other shoe to drop. For an unfinished Early Access game like PUBG, that other shoe could come in the form of angry fans who lose faith in the developer. But we also saw this week how Bluehole and Brendan “PlayerUnknown” Greene himself are willing to rub their audience the wrong way to make a statement. Greene banned the megapopular Twitch streamer DrDisRespect for breaking a rule that prohibits killing your own teammate deliberately.

But now that “beef” has blown over, and PUBG is still growing. What’s perhaps most impressive about that is the growth isn’t just in the U.S. or certain parts of Asia. It is global. China is one of Bluehole’s fastest growing markets, and the studio has not even partnered with publisher in that country yet. That is coming, and it seems like it could make PUBG even bigger.

And that’s why I feel confident mentioning Battlegrounds alongside Counter-Strike: Global Offensive or League of Legends. It seems like it’s the only game anyone on the planet is playing right now.

P.S. You have to get chicken dinner for your friends’ birthdays. 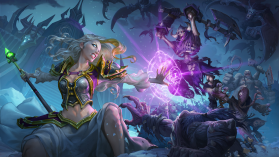 Hearthstone is as alive as a game can be, but it’s about to get a heaping dose of death. The digital card game’s next expansion, Knights of the Frozen Throne, comes out in August for PC and mobile. It’ll add 135 new cards, including some that will turn Hearthstone’s classes into Death Knights, which will give them new powers. Expansions are Blizzard‘s most important tool for keeping Hearthstone popular. Each time it releases a new set of cards, it gives fans a reason to spend more money in the game (mostly on packs so that they can acquire all of those new cards) […] 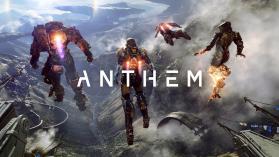 BioWare is losing one general manager and gaining another. In a pair of blog posts on the studio’s site, current GM Aaryn Flynn announced his plans to leave the developer, while Casey Hudson revealed that’s he’s coming back to take that role. Casey Hudson left BioWare three years ago, later joining Microsoft and working on mixed reality projects for HoloLens. Now he’s returning to the studio that he helped create multiple hits for, including Star Wars: Knights of the Old Republic and the Mass Effect trilogy[…] 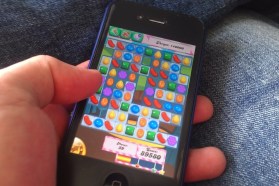 Esports games like Dota 2 and League of Legends have massive global audiences, but most of those viewers consume content online. That has led to somewhat pitiful numbers for esports on television. For example, the Street Fighter V finals at Evo 2017 last weekend only had 180,000 viewers, according to tracking firm Nielsen. And that event only had 122,000 viewers in the key demographic of adults age 18 through 49. Compare that to the show Bar Rescue on Spike TV, which had 757,000 viewers in the same timeslot […]

Microsoft has updated its Xbox Design Lab site that enables fans to customize their gamepads, and we’ve tested out some of the new materials, colors, and more. I’ll take you through the design process that led me to a handsome controller that is all my own. But I can confirm upfront that the Design Lab is totally worth it […]

Comparing Battle Royale-likes: PUBG vs. H1Z1 vs. the rest 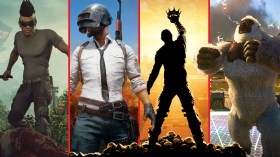 layerUnknown’s Battlegrounds, H1Z1: King of the Kill, and more are part of a popular new genre on PC gaming’s biggest platform where you have to survive a fight to the death on a huge map. GamesBeat has done these kinds of comparisons with multiplayer online battle arenas (MOBAs) and digital card games […] 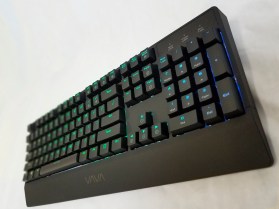 Mechanical keyboards are flooding the market now that the PC gaming audience has shown it’s willing to spend the money for higher-quality peripherals. This has also created an opportunity for mechanical switch manufacturers beyond the go-to Germany company Cherry […]

Persona 5 is now playable in RPCS3

Last week the Persona 5 video seen below was posted showing how RPCS3 had been improved to fix various emulation issues with the game. [via RPCS3.com]

Doom appears to have sold 2 million copies on PC

According to Steamspy’s data, DOOM has sold more than two million copies on the PC. DOOM was released in May 2016 and it took Bethesda over one year – and a number of special deals/discounts – to hit that 2 million goal. [via DSOGaming]

‘Soon, you will be able to design your character to a tee,’ says PUBG executive producer

As it stands, PlayerUnknown’s Battlegrounds offers scant customisation options beyond its default suite of hairstyles, skin tones and preset facial cycle. In future, developer Bluehole hopes to expand the battle royale’s scope to allow players to craft bespoke avatars exactly to their liking. [via PC Gamer]

Net neutrality rules that were enacted by the US Federal Communications Commission under the Obama administration are hanging by a thread. With the FCC now led by chairman Ajit Pai, a longtime opponent of tasking the government with regulating broadband Internet, the White House today announced its official support for his plan to roll back the rules designed to ensure an even playing field. [via PC Gamer]