If anyone ever tells you that Supergiant Games doesn’t make beautiful games, you should call that person a liar and cease all communication going forward. Like its previous indie hits Bastion and Transistor, Supergiant’s Pyre is thoroughly stylish and comes with a fantastic soundtrack to boot. It’s a gorgeous role-playing game that features mystical high-stakes dodgeball as combat plus a heckuva-lot of world-building, as I discovered on the PlayStation 4 version (it’s also coming to the PC).

Supergiant’s outdone itself with Pyre’s atmosphere. Your character, the Reader, has been cast down from the autocratic Commonwealth into the dismal purgatory of the Downside. As you travel with a band of fellow exiles fighting for their freedom in ancient battles called the Rites, you explore strange and weirdly beautiful places, all detailed in stunning color. The corpses of giant monsters litter the landscape. These creatures of legend now live on only in the stars and folk songs. It would almost be grotesque if the game didn’t have such a wonderful stained-glass aesthetic.

The world has a tongue-in-cheek gothic tone, akin to Failbetter Games’ Sunless Sea, and you not only learn about the lore but also cultural details. What do people eat in Purgatory? Apparently things like silt porridge. If you want to know more about Downside’s myths and tourist hot spots, you can read all about it in the Book of Rites, and there are also helpful one-line descriptions that show up when you hover over unfamiliar names in dialogue. 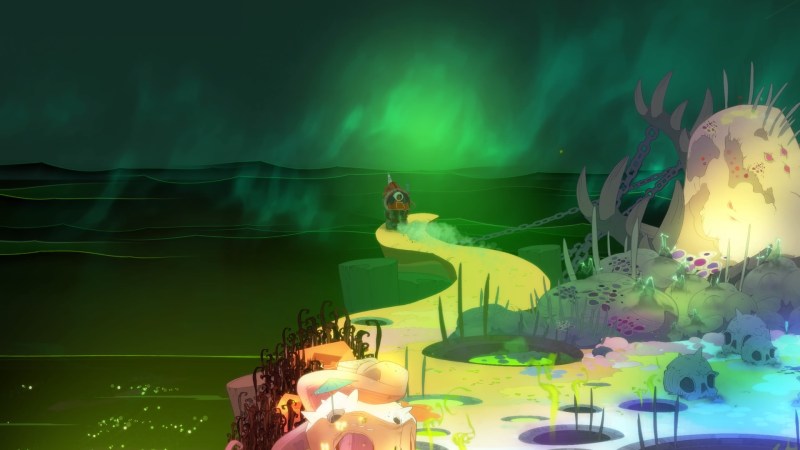 Like in previous Supergiant games, Darren Korb and vocalist Ashley Barrett are at it again with rousing guitar, crunchy beats, and soulful vocals. When combined with the stunning visual style, the soundtrack goes a long way toward making your journey feel epic. It amps up combat, and it adds personality to each of the tribes you encounter.

You meet a variety of characters, and learning more about their stories is a big part of Pyre. Many of the interactions are optional; for instance, every time you camp for the night, you can choose to talk to your companions or simply move on. The music gives you a shorthand for who each of them are and where they come from.

A story that progresses no matter what

Even if you fail against your opponents, the story continues. Sometimes your failure has consequences for the story, particularly during the Liberation Rites. Or they can result in a significant permanent disadvantage to one of your characters.

Losing also takes on a kind of emotional toll. Since you play as the Reader, your role in the game is to direct your teammates to victory. When you fail to do so, it can feel personal because you’ve spent so much time with these characters and learned their stories. 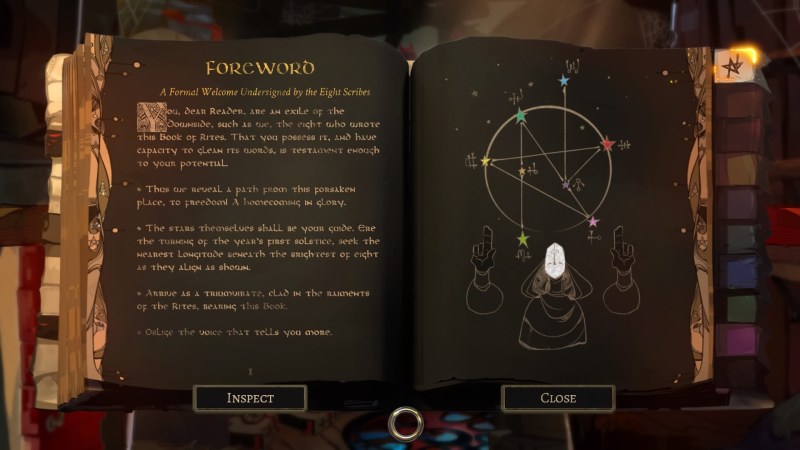 During campaign mode, the quick, minutes-long battles sometimes feel like they’re only interludes. Pyre has such a heavy focus on story that they can seem like a parenthetical from the “main” game. However, this changes in Versus Mode, where you challenge another player in a local co-op match.

Playing against another human is much more challenging than against the AI. By the time I finished Pyre, I had a few go-to characters that I always rotated into my party; that’s just not going to fly against another player. Versus Mode forced me to experiment with different characters’ skills and get creative about the way I tackled the map to score.

Each match is quick, with each player taking turns choosing which 3 characters they want on their team. If you want, you can also play against the computer on varying levels of difficulty. There’s a lot of replay value, though unfortunately, Pyre doesn’t currently offer online matches.

As I mentioned earlier, the battles aren’t difficult. I suspect this might be by design; in the main campaign, the developers likely want players to see as much of the story as possible. It follows that combat is forgiving. However, I would say that they’re too easy to the point where they become somewhat rote.

About halfway in, I had my default battle strategy locked in and it made quick work of most of my opponents. I could take on special challenges that grant the other team advantages, like a speed bonus or extra hit points, in exchange for more experience points for my team. However, even with those challenges, I didn’t find that particularly forced me to change my strategy. 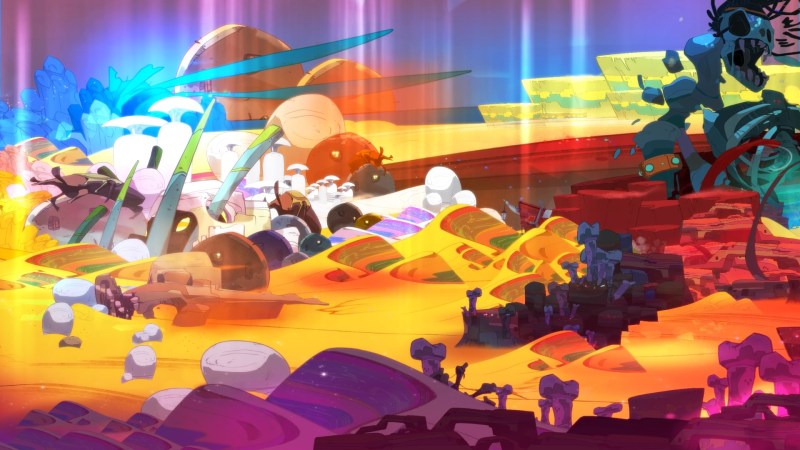 Choices don’t always have much effect

There are a lot of dialogue and choices, but not all of it is consequential. For instance, you have the chance to choose the Reader’s backstory. However, that only really changes the flavor text you get in certain scenarios. It would’ve been nice if these kinds of choices had more of a noticeable effect, whether on my interactions with certain characters or otherwise.

Occasionally, I came across a fork in the road that let me choose whether to take a path to pick up an item or go for a stat boost. With my playstyle, I didn’t have a reason to go for the items; I almost always went for the stat boosts. It would have been interesting if the different paths had more consequences so that the decisions were a little more difficult. 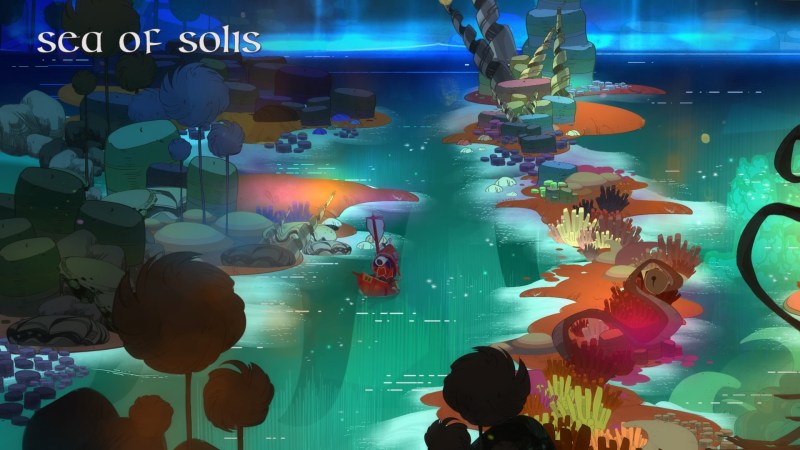 Pyre backs up its eye candy with some pretty impressive world-building and fun gameplay, particularly in Versus Mode. Though the battles in the main campaign don’t offer too much of a challenge, the controls still make it feel great when you drive your team into your opponent’s goal.

All that supplementary reading in the Book of Rites might not be for everyone, but even without it, Supergiant has still built a memorable, visually spectacular world.

Pyre comes out for PC and PlayStation 4 on July 25. Supergiant Games sent us a PS4 code for the purposes of this review.