This update adds the Pegassi Torero. Like all GTA vehichles, it’s a fictional car that looks like something you’d see in real life (although don’t ask me which real cars it looks like, I’m not much of gearhead). If you don’t have enough virtual money in your character’s bank account to buy the Torero, you can always boost your cash flow by spending some real dollars.

Despite its age, Grand Theft Auto V was still the third best-selling game in June in the U.S., according to The NPD Group. Constant updates to its multiplayer mode is one of the things that has helped GTAV have such a long life. 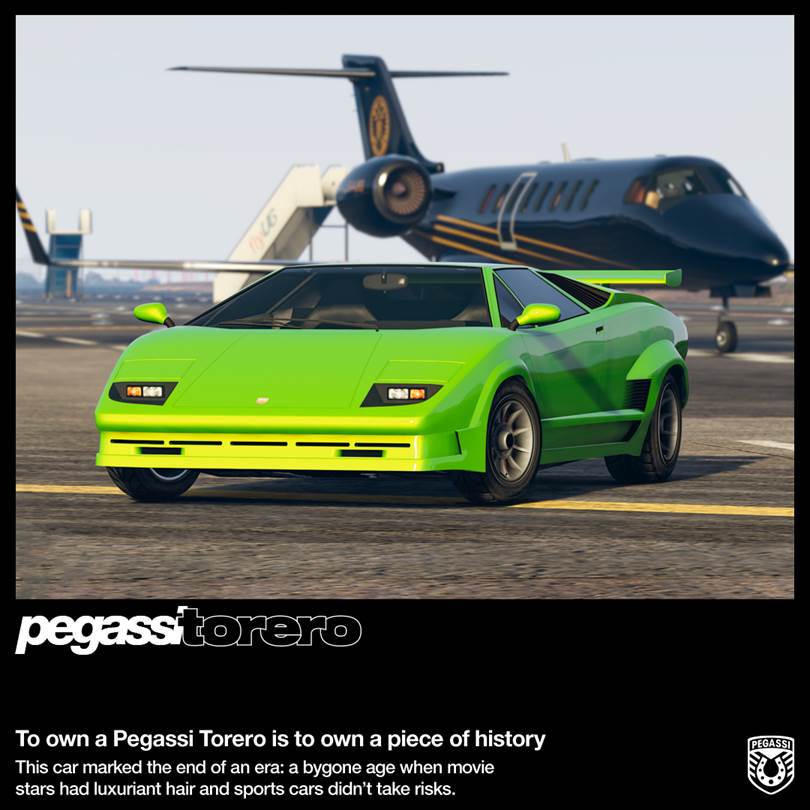 Above: The Pegassi Torero.

“In Power Mad, teams of two to four players fight for possession of the vital Juggernaut power-up, which turns its wielder into a heavily armored menace with one main objective: stay alive long enough to fill the meter and score a point,” Rockstar Games detailed in a press release sent to GamesBeat. “If the Juggernaut dies before filling the meter, the power-up is dropped and ready for a new would-be king to try their luck.”