The new package shows that Bethesda is going all out with Machine Games’ Wolfenstein II: The New Colossus shooter game which debuts on October 27 on the PC, PlayStation 4, and the Xbox One. Winner of more than 100 awards at E3 2017, Wolfenstein II: The New Colossus also received four nominations from the official E3 Game Critics Awards (including Best of Show) and won Best Action Game.

In the alternative history game, the Nazis have overrun the world and American hero BJ Blazkowicz tries to ignite a revolution in America. With The Freedom Chronicles Season Pass, you’ll get access to three downloadable content packs. (See our interview with the creative director here, and our preview story). 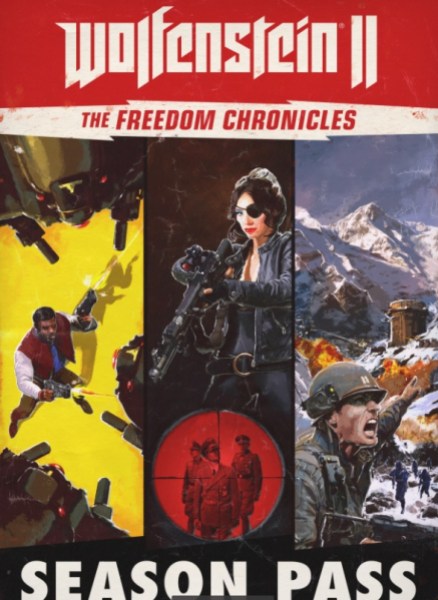 Above: The Freedom Chronicles add more several new characters and depth to the Wolfenstein II story.

The DLC packs include:

The Freedom Chronicles: Episode Zero introduces you to Joseph Stallion, Jessica Valiant and Gerald Wilkins as they fight for freedom in the American Territories. Blast your way through Nazis using unique abilities and an arsenal of guns in this opening DLC mission.