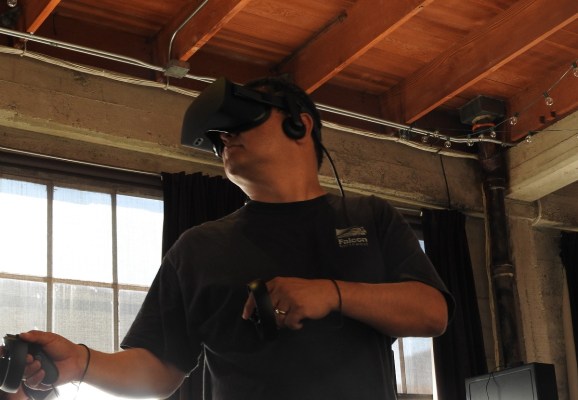 Electronic Arts CEO Andrew Wilson said in an analyst call today that virtual reality is an “unbelievable innovation” but that it will take “a couple of years before it is a mass market opportunity.”

Wilson is less bullish about VR, which analysts such as tech adviser Digi-Capital have said could be a $25 billion market by 2021. The CEO’s bearish view is consistent with the notion that the initial wave of VR games and headsets hasn’t been a huge hit with consumers yet.

“There’s not a lot of new news on VR for us,” Wilson said in the call. “People have come to terms that VR, while an unbelievable innovation, is going to take a couple of years before it is truly a mass market opportunity. We are in the same situation where we were. We have enabled VR capability in Frostbite. We have delivered a VR experience. We are still looking at what a sports game will look like in VR.”

But Rubin said those big companies run the risk of disruption from small, more nimble rivals who don’t have to wait for a huge market before they start learning how to make the right VR games for the masses. Rubin noted that companies such as Marvel, Warner Bros., Sony, and many others have chosen to dive into VR.

Wilson sounded a little more upbeat about augmented reality, where he described games that take advantage of your geographic location or your friend data, and the game takes advantage of that and enhances your experience of an AR game. He said you’ll see more of that in the coming months coming from EA.

Wilson is in no hurry as EA had a good quarter, even though it didn’t launch a single new game during the first fiscal quarter, and yet the company still hit its earnings targets. Live services for existing games drove EA’s quarter.