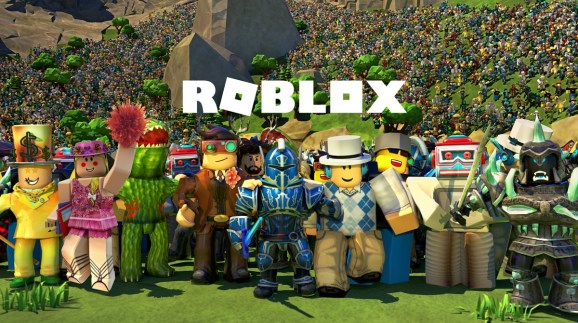 Roblox has more than 90 million players a month.

PlayerUnknown’s Battlegrounds and indies like Dream Daddy are capturing the imaginations of PC gamers this summer. But in the background, one name is chugging along with 56 million monthly active users and making millions thanks to user-generated content: Roblox.

Last week, our Dean Takahashi wrote about how some kids made enough money on this game-making platform to cover their college costs. That’s pretty amazing, especially since Roblox doesn’t get a lot of attention from those of us who cover and play games. While it’s on mobile and Xbox One, Roblox took flight on the PC, and its emphasis on user-generated content embraces one of the best parts of the platform: modding.

What’s the difference? Well, in my opinion, not damn much. Both are forms of user-generated content. Games like Roblox, Planet Coaster, and Minecraft emphasize toolkits to make your own minigames and worlds within them, while mods are more secondary to the experience in games such as Fallout 4 and Civilization VI. But both come from the same place — giving players a level of control over your game’s world.

And in a time we’re seeing more game companies exercise greater control over their products — and different ways to make money off them (such as charging for the main product and then cosmetics, as Bluehole is testing with PlayerUnknown’s Battlegrounds), it’s nice to see one company not just embrace user-generated content but also share the wealth with its players who create it.

PUBG guns for your wallet with early microtransaction test

PlayerUnknown’s Battlegrounds is getting a tournament in Germany with a $350,000 prize pool. The Gamescom PUBG Invitational will take place August 23 through 26, and developer Bluehole is planning to sell cosmetic items to fund the tournament and raise money for select charities. The studio will broadcast the event live on Twitch, Facebook, YouTube, Mixer, […]

REVIEW: Integrated audio built into motherboards and video cards has eliminated the need for dedicated sound cards in most desktop computers, but this has forced Creative’s Sound BlasterX team to build products that serve specific purposes. We’re talking about devices such as the $150 Sound BlasterX AE-5, which is available for purchase now. It is a […]

Pyre review — RPG dodgeball is as stylish as it sounds

REVIEW: If anyone ever tells you that Supergiant Games doesn’t make beautiful games, you should call that person a liar and cease all communication going forward. Like its previous indie hits Bastion and Transistor, Supergiant’s Pyre is thoroughly stylish and comes with a fantastic soundtrack to boot. It’s a gorgeous role-playing game that features mystical high-stakes dodgeball […]

It’s been a while since I heard the phrase “Triple-I,” an independent game studio’s variation on “Triple-A” video games. Then again, there haven’t been that many indie game studios that can claim they’ve been working on a really high-quality title for a long time. But that’s how Scott Foe and Alessandro Tento, cofounders of Ignited […]

Jackson Munsell, Brandon LaRouche and Alex Balfanz grew up in very different places. But they’re converging on San Jose, Calif., this weekend as developers of games in the world of Roblox, the blocky virtual world that is a cousin of Lego and Minecraft. These teenagers have grown up with Roblox, a place where young developers […]

You have no shortage of options when it comes to watching gaming-related video content. Twitch and YouTube are huge portals for livestreams and recorded clips, but Facebook has also started working its way into that conversation with its own broadcasting platform. For example, Facebook struck a deal with developer Bluehole to livestream the official videos for […]

Developer James Earl Cox has recently completed his 100 Games in 5 Years project, having wrapped up development of his taxing, rewarding journey with a cute game about a kitten in a blanket that likes to meow about things. (via Gamasutra)

Microsoft “want to treat PC like a first-class citizen” – do they mean it this time?

The reveal of the Xbox One X was Microsoft’s big move at this year’s E3, but they made plenty of overtures to us PC gamers as well. It’s all part of a “multi-pronged strategy,” according to director of Xbox marketing Kevin Unangst, to make their Windows 10/Xbox environment the best place to play games on PC. But we’ve heard this sort of talk before; are Microsoft ready to back it up? (via PC GamesN)

Look. I’m good at romance/dating sims. I’m good at seeing the things it wants me to do in order to get the rewards of the heart (or the, uh, lower regions). I think a lot of people are because the games tend to hinge around you gaming the NPCs to reap some kind of reward. You take the character who likes animals on a date to the zoo. You wear a leather jacket to meet the rebel. (via Rock Paper Shotgun)

The past, present and future of Battlegrounds – according to PlayerUnknown

PlayerUnknown’s Battlegrounds has taken the world by storm. Since its release on Steam Early Access in March, the title has sold an incredible 6m copies. It recently hit 422,618 simultaneous players on Steam. (via Eurogamer)